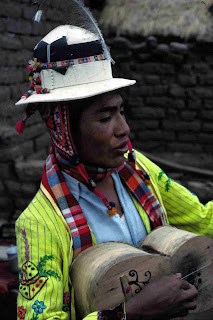 If Andean activities are your thing, then today's trip is ideal - I'll be following the sound of pan pipes to attend a lecture on “Rampant Reproduction: Shifting Landscapes of Music ‘Piracy’ in the Bolivian Andes” at the City University Music Department in London from 14.00. The talk will be given by Henry Stobart, an ethnomusicologist (someone who studies the social and cultural aspects of music), who specialises in the highland music of rural Bolivia, and also has his own Andean band. The talk is in Room AG09, college building - see directions here - and in the meantime you can find out more about the subject on the British Forum for Ethnomusicology's website.

In an effort to alleviate the all-permeating economic gloom, this afternoon I'll be at the British Museum for a timely talk on 'Money and Celebration'. Given by Jennifer Adam, an expert on coins and medals, the talk lasts 45 minutes and will cover a range of settings in which currency has a more extensive role in society than a purely financial one. It begins at 13.15 in Room 68 - admission is FREE and you can just drop in. As a warm-up for the talk, you might also be interested to watch anthropologist Keith Hart's lecture on 'Money in the making of a World society' which was posted in full on youtube last week. Hart is a renowned academic who has written widely on economic anthropology - you can also see a lecture on the crises in anthropology and capitalism on his website here. 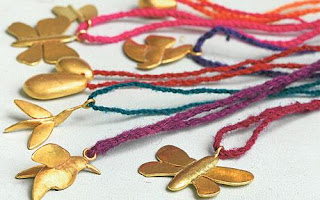 If the credit crunch has still got you worried about your future, then today I thought I'd put forward a bit of evidence that a degree in anthropology can help you be successful in the world outside academia. First up, have a read about Pippa Small, who after doing an MA in Anthropology, launched her own ethical jewelry company which sells her own designs alongside many by indigenous peoples, from Bolivian pendants strung on alpaca wool to gold-plated bracelets made by the Kuna Indians from Panama. Or there's Roberto Ricci - a human rights investigator, who uses anthropology in his work looking at rights abuses that have occurred in various places around the world, better to understand "the social reality in which actions occur". Both of them are good examples of how anthropological sensibilties can help set up very different career paths...

Since the prizes for the top anthropology blogs were announced a few weeks ago - as mentioned on this blog - there seems to have been something of an explosion in the publicity for anthropology in cyberspace. Today I'm going to have a look at some of the entries on this list of the top 100 anthropology blogs. (Scandalously, my travails make no appearance...!). Handily, the list is divided into thematic groups - from ethnography blogs, to ones on museums, to my particular favourite at number 43 - for those with a special interest in ancient dentition. Happy reading...

Whether it's Rudolph, Dancer, Prancer or Blitzen that's your favourite, you might be interested to have a Yuletide read of 'Reindeer People', an ethnography of indigenous Siberian people who use their reindeer not just for transport, but also have a spiritual relationship with them, viewing reindeer as mediators between the physical realm and the spiritual one. Indeed, this belief is the reason behind the popular imagining of reindeer flying - since it is thought to be able to transcend earthly reality. The anthropologist who wrote the book, Piers Vitesbsky, has worked with the Eveny people for over 20 years and the book has been praised widely both within and outside academia.


TUESDAY 23RD DECEMBER - Follow your nose, listen with your ears

This time of year is one where smells are all around us, and I'm not just talking about the stench of soggy feet in the morning rush hour. Today I'll be listening again to Thinking Allowed form last week, which featured anthropologist Rod Watson discussing the hidden social meanings of perfume with a fragrance expert. It was in response to a recently published book 'The Guide to Perfumes', which investigated what someone's chosen scent says about their class, self-perception and even their race. If you want to get your nose into a book about the subject, there's also anthropologist David Howes, ' Aroma: The Cultural History of Smell' available online.


WEDNESDAY 24TH DECEMBER - What really goes on down the chimney? 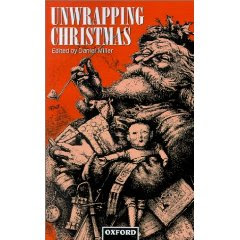 For last minute Christmas shopping/reading options, I think I might have found the perfect item. Daniel Miller's Unwrapping Christmas looks at how and why Christmas is celebrated in various social contexts from Sweden to the UK to Japan, and also delves into the relationship between Christmas and materialism, as well as the place of the family in Christmas celebrations. Miller is a specialist in material culture, and the ways in which people create relationships of love and care with objects. He is also one of the editors of a blog about all things related to material culture, which you can browse here. Ho ho ho...