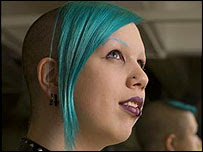 I'll be getting all spruced up and having a blow-dry today before visiting the current exhibition at Birmingham Museum, 'Hair - Community Stories from Birmingham'. It's a collection of hair-related artwork, photographs and objects from the past few decades looking at the importance of hair to our identity. There's also some interactive exhibits where you can experiment with different hairstyles. Since hair (or the covering of one's hair) is one of the first things we might notice about someone, it can convey important political and cultural meanings and tell us a lot about group identity. If you're interested to read further, there have also been a few anthropological books published on the subject, such as Hair Matters, which looks at how hairstyles can help us understand a particular social group's identity and outlook.

This month saw the publication of the second (annual) issue of a different kind of academic journal - 'Radical Anthropology'. It seems well-worth reading, not just because it's got a host of articles written by eminent people such as Noam Chomsky, but also because of its interestingly stated aim of 'Interpreting the World - and changing it'. It's also FREE to download off the RAG (Radical Anthropology Group) website. The journal is put together by a group of anthropologists who believe the subject can offer great insight on how the world could be lived and experienced differently, if seen from an anthropological standpoint. They see anthropology as a instinctively radical discipline - so whilst you may (or may not!) consider some of their material difficult to agree with, it is always thought-provoking, and a useful addition to the discussion of what anthropology's role should be in wider society. This issue opens with an article on how we can learn about conservation from the Yaka people of Congo-Brazzaville. 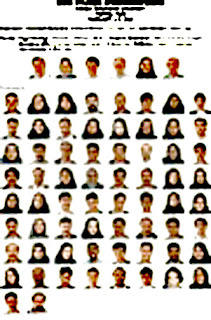 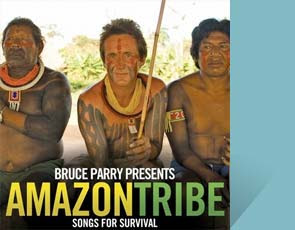 You will have seen that I mentioned the new series on BBC2 a couple of weeks ago - Amazon. Now, in collaboration with Survival International (the organisation that campaigns for indigenous peoples' rights) they have released an album - Songs for Survival - of collaborative songs between famous musicians and various different groups from around the world. So, for example, Hot Chip are linked with the Babongo tribe, and Mike Oldfield with the Anuta. It's a fundraising and awareness-raising exercise that takes an ambitious approach. Several of the staff at Survival have backgrounds in anthropology, and there is a lot of information on their website to find out more about their work and the communities they work with.


MONDAY 13TH OCTOBER - What goes on behind the canvas? 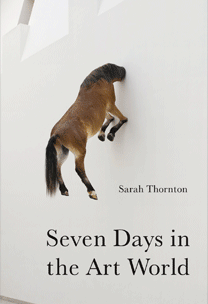 Today I'll be getting hold of a copy of the new book, 'Seven Days in the Art World', written by 'ethnographer' Sarah Thornton. It takes a behind-the-scenes look at the contemporary art community, which Thornton says has become a 'belief structure for atheists', in that it provides a space to have meaningful experiences. You can find out more about her work on her website, which includes some video interviews with the author. Each chapter looks at a different event from an ethnographer's-eye-view, but not everyone is a fan of her work - as you can read in this review here. She has also previously written about notions of authenticity in rave culture if that floats your boat - I'd certainly like someone to explain my dancing style to me...

A good example of how the work of anthropologists can be applied to the 'real world' is provided by Dr Gillian Evans from Manchester University. She investigates the effect classifications of 'class' can have on peoples' lives, and last week commented on a new survey that claimed Barrow, in Cumbria, was the 'most working class town in Britain', based on the number of working men's clubs, bookmakers and fish and chip shops for the local population! Although the survey was done slightly tongue-in-cheek, Dr Evans has spent several years looking at the expression and effects of class in the UK, and how it is reproduced - you can watch an interview with her here. She thinks that the way we understand and define class needs to be urgently researched to ensure extremist groups with socially divisive views do not come to the fore - see also her comments on Radio 4's Thinking Allowed here. 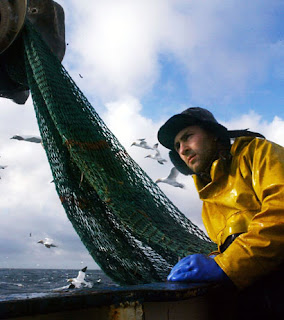 Come Wednesday afternoon I'll be down at the Royal Anthropological Institute in Central London for the latest in their series of screenings and talks by anthropological film-makers. Today they will be showing extracts from the BBC series 'Trawlermen', directed by former anthropology student Tom Shehan, who will be answering questions afterwards. The screening begins at 18.15 and entrance is FREE - refreshments will be provided. To whet your appetite, you can view clips from the films on youtube, for example here, and some of the films are also on the BBC iplayer.