THURSDAY JANUARY 1ST - Better than a couple of paracetamol 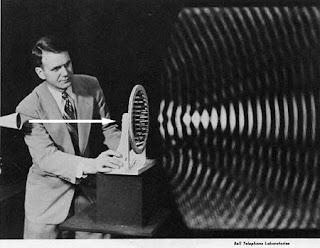 Happy New Year to one and all - may 2009 be a year of adventure and endeavour for anthropologists everywhere! As many of you may be nursing a sore head today, what better way to recover than by listening to a selection of anthropological sounds from a recent anthropology/art collaboration done at the University of St.Andrews... You can banish that hangover by listening to sounds related to Efpraxia Pollatou's work on 'Fear, spoken words and fairies in a Greek island village' or 'Birds, Bells, car horns: acoustemologies across New Guinea, Europe, Africa' in the grandmaster of sound anthropology, Steven Feld's audiovisual lecture. There are many resources available on the website, all seeking to understand the many ways in which sound can be socially and culturally meaningful.

A fantastic resource has just been launched by Google, called the 'Life Photo Archive'. It's an enormous collection of photographs dating back as far as the 1860s - many of which have never been published before. Imagery offers a great opportunity to see how 'others' live or lived their lives, as well as also a chance to interrogate how lives were represented pictorially - visual anthropologists are always trying to see beyond the surface level of an image. The archive currently contains 2 million images, but a further 8 million are set to be added, and you can search it by various useful categories... 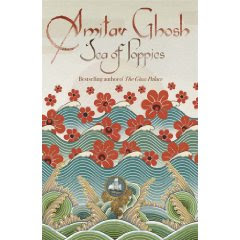 This weekend, given the freezing cold outside, I'm going to settle down with a couple of great anthropology-related books. First up, I'll be reading 'Devil Bones' by Kathy Reichs, which recently topped the Bestseller list of the New York Times. Kathy Reichs is a practising forensic anthropologist, and her latest installment in the investigations of the fictional Temperance Brennan sees him dealing with two victims of voodoo. I might also have a browse of Sea of Poppies, recently nominated for the Booker Prize - a tale set in the times of the Opium Wars, and written by Amitav Ghosh, who trained as an anthropologist. Plenty to get the year going.... 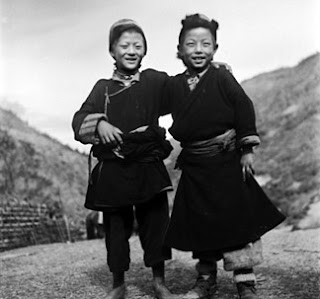 The British Museum should be early on in any New Year's list for an anthropologist about town, and today I'll be visiting their current exhibition, 'Between Tibet and Assam: Cultural Diversity in the Eastern Himalayas' which looks at the cultural differences and similarities between two tribes from the Indian state of Arunachal Pradesh - the Apatani and the Monpa. It includes contemporary and historical objects, ranging from paintings to textiles, as well as an audio recording of a ritual text connected to the Apatani Murung Festival. Entrance to the exhibition is FREE, it runs until April and there is an accompanying book to complement the collection.

Today I'm going to listen to a paper given by an anthropologist at a Psychiatry conference late last year. John Curran was speaking at a conference on 'Innovative Approaches in Mental Health Research' about his role as an anthropologist in a South London practice where he acts as a sort of cultural broker between patients and doctors, many of whom come from different social backgrounds. His talk, 'The anthropologist on call: using anthropology in everyday psychiatry' is an interesting example of anthropological techniques being applied in the 'real world' (whatever that means...) He discusses such important issues as the distinction between conceptions of 'disease' and 'illness', and how different medical terms are viewed differently according to an individual's cultural standpoint. There's also an interesting introduction given by anthropologist Sue Estroff available. 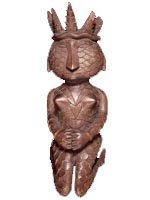 Back down at the British Museum today for an interesting talk on 'Healing and the Spirit World of Asia', given by Anouska Komlosy. She is the Curator of Asian Ethnography at the museum, and is particularly focused on cross-border cultures. She obtained a PhD in Social Anthropology in 2002, after long-term fieldwork with the Theravada Buddhist Tai people of Yunnan Province, China, so she definitely knows her stuff. The talk lasts 45 minutes, and you can just drop in - it's in Room 24 at 13.15 - entrance is FREE.


WEDNESDAY JANUARY 7TH - An anthropological view on The Crunch 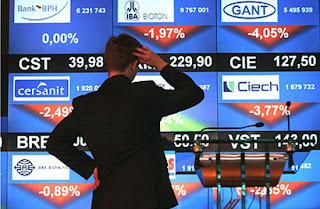 Today I'm going to check out the website of an extremely prescient anthropologist who has been predicting the current financial meltdown for over 3 years. Paul Jorion, a Belgian anthropologist (and apparent soothsayer), has published three books on the issue and writes regularly about it on his blogs, in both French and English. His most relevant published text, on the sub prime mortgage bubble in the USA, came out in January 2007 just before everything went a little pear-shaped. So if you want to know how and why the economy is affecting people, then his blog seems a good one to keep reading....
Posted by Lucy at Wednesday, December 31, 2008