Today is the second to last day of the RAI's International Festival of Ethnographic Film which is taking place at Leeds Met University. Today focuses on entries to two different film prizes: the RAI & Basil Wright Prize and the Wiley-Blackwell Student film Prize. Included in the day's programme is a workshop on participatory youth film, as well as a museum tour of the Anthropology Gallery at Leeds City Museum. Even if you have missed the first half of the festival, it is definitely worth coming along to this day if you can make it! 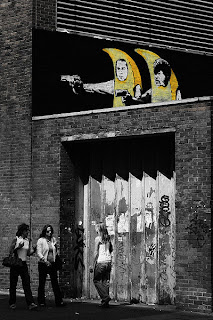 Looking critically at social conventions, turning norms upside down, and making people face some of the most problematic aspects of globalisation.. makes me wonder if Banksy is a hidden anthropologist? Banksy has become one of the best known graffiti artists in Europe. As a thank you to his home town of Bristol, Banksy has set up the largest official public display of his work at the Bristol City Museum and Art Gallery. The exhibition is entitled Banksy vs Bristol Museum. The show is free and open to all, and includes some of Banksy's famous stencil street art along with sculptures and animatronics. This is an exhibition definitely not to be missed! To watch a trailer of the exhibition and sneak glimpses at the mystery man himself take a look here. 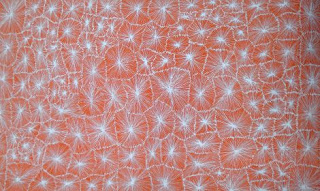 A new exhibition celebrating aboriginal art has just opened this week at Rebecca Hossack's Art Gallery in Fitzrovia, London. The exhibition displays work from Aboriginal artists from the community of Utopia in Australia. Utopia is a small community 300 km east of Alice Springs and for generations has been a place where artists have flourished. The exhibition brings together the work of four Utopia artists: Nancy Petyarr , her daughter Elizabeth KunothKngwarreyeher son-in-law, Cowboy Loy Pwerle and his daughter, Genevieve Kemarr Loy. The artists all use tiny twigs or (satay sticks) to paint their canvases, which gives a unique feel to their work. For more information about the exhibition and gallery opening times, take a look at this website. 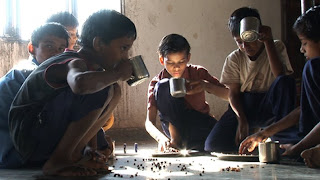 At the Museum of Archaeology and Anthropology in Cambridge, there is an excellent exhibition of video stills of the new major film by David Macdougall called Ghandi's Children. Here is a short description: A monolithic building on the outskirts of New Delhi provides food and shelter for 350 boys. Some are orphans, some have been abandoned, others have run away from home. About half are held under a court order, having been picked up from the streets for minor crimes. David MacDougall lived in the institution for several months in order to produce the film. The stills demonstrate how he explores the routines, varied experiences and the characters of the children that inhabit the building. The exhibition is free and runs until 26th September.

Monday 6th July- Who's landscape is it anyway? 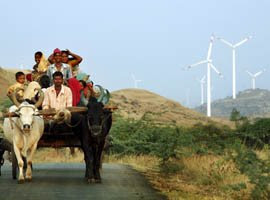 Today I am heading to the British Museum to listen to a debate on the tensions that arise when different communities attempt to assert their dominance on the land they inhabit. The debate will primarily focus on India. Joining in on the discussion is Sarah Mukherje BBC environment correspondent, Nicholas Stern, author of Stern Review, Tahmina Anam, writer and jounrnalist, and Ramachandra Guha, writer and historian. Tickets cost £5 to attend, and pre-booking is advised. The entry ticked also includes a day pass to the Royal Botanic Gardens, Kew. For more information and to book a place visit this website. 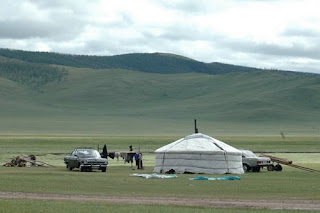 On July 9th running till 19th September a new exhibition will open at Brunei Gallery at SOAS University which will focus on Kazakh Craftswomen Living in The Altain Mountains of Western Mongolia. The exhibition aims to demonstrate the ways in which the textiles reveal aspects of the women's everyday lives, their skills, knowledge and cultural heritage. In addition to the Kazakh textiles, there will also be photographs and video material from the area. The exhibition is free and open to all. For further information, as well as a list of associated talks, film screenings and concerts visit this website. 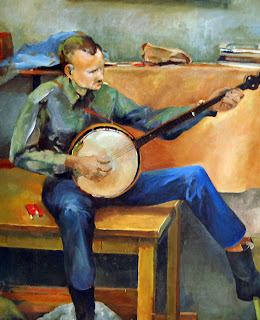 Tonight I am heading to The Folklore Society for an evening dedicated to celebrating traditional English music. The evening will start off with a screening of a short film called The Crocodile, The Cobbler and Bob, featuring Bob Lewis, a traditional singer from Sussex. The film will be followed by a Q&A with Bob raising topics about folk song traditions and hopefully followed with some singing followed and refreshments . For additional information, booking and ticket prices take a look here.
Posted by Lucy at Thursday, July 02, 2009 No comments: