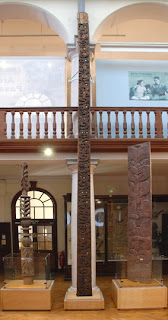 On Thursday I'll be heading over to the Museum of Archaeology and Anthropology in Cambridge to have a look at their new exhibit. It's an eight-metre tall pouhaki, a flag pole-like structure carved from a single tree trunk, which was given to Prince Edward in 1920 by Tene Waitere (a famous Maori artist), but has long lain abandoned in a Portsmouth naval base. Last week the pouhaki was unveiled in a ceremony in which prayers of respect were said because "If the spirit does not settle, things can happen." It's the only one of its kind outside New Zealand and the oldest known in existence, so well worth a look - the museum is open Tuesday until Saturday between 10.30 and 16.30 - admission is FREE.

On Friday I'll be at the Khalili Theatre in the School of African and Oriental Studies (SOAS) in Central London for their final anthropological film screening of term, which this week is Quand les Hommes Pleurant (When Men Weep). It's an award-winning work about the lives of North African migrants in Spain, exploring issues such as discrimination, labour and marginalisation. The film is being shown to provoke discussion about how the subjects are portrayed as victims, and whether that matters. The film begins at 13.00 and entrance is FREE - you just need to pick up a visitor sticker at the main entrance and find your way downstairs...

A real treat in store this Saturday as I'll be visiting the inaugural celebration of a decade of audiovisual practice-based phDs from across the UK. Drawing on anthropology, cultural studies, film and new media, Viva Viva, at the University of Westminster, is an exhibition of films and installations together with their accompanying written theses. Screening today from 13.00 onwards are three anthropology-inspired pieces: Transfiction, Domov and Mirror Mirror. Their subject matter ranges from femininty in the post-socialist Czech Republic (Domov) to work inspired by famous anthropological film-maker of the 1950s Jean Rouch (Transfiction & Mirror, Mirror). Those latter two emphasise the process of film-making as a collaborative creation between film-maker and 'subject'. On Saturday, there is also a student symposium, to which all are welcome - see here for more details. The exhibition is FREE, and full directions can be found here.

On Sunday I'll be browsing the interweb and viewing some of the work of a cyber-anthropologist who goes by the name of Ethnosnacker. Using his own youtube channel, he aims to "expose, breakdown and reconstruct ethnographic research or commercial anthropology for those who want to understand it better". His work is an interesting example of how anthropology is increasingly 'used' for commercial purposes. There is plenty of debate about whether this is an appropriate use for the discipline - his view seems to be that ethnography is suitable in any situation where it can help bring meaning to an event or activity....You can watch a introduction to the site here, as well as several interviews that both support and question his work. 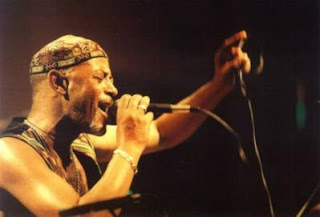 Castanets and dancing shoes are the name of the game tonight as I'll be over at SOAS' Brunei Gallery for a night of music from Morocco. It's all part of the touring exhibition Moroccan Memories - look out for more dates around the country in the new year - and to launch its three-day stay at SOAS the Harir Band and Gnawa Blues will be playing out. Gnawa is traditionally performed as trance music in healing ceremonies across North Africa. The accompanying exhibition, whish also features films screenings and discussions, is at SOAS until 18th December - the website also has a wealth of resources including video and oral history to complement the live exhibition. The music this evenign begins at 19.00 and you can reserve a ticket online - entrance is FREE.

A warm fireside and a cup of something hot today as I'll be settling down next to the radio and listening into Radio 4's Book of the Week, which features a Massobs text (those pioneers of everyday anthropology), called Nella's Last Peace. Read by none other than Imelda Staunton, the book recounts the daily life of a housewife, Nella, in Barrow-in-Furness, who regularly submitted her diaries to the Mass Observation offices in London. The book narrates her hopes and fears for the post-war world. It will be broadcast Monday to Friday at 9.45 and repeated each night at 23.30, as well as online on the Radio 4 website. You can buy a copy of the original book here.


WEDNESDAY 17TH DECEMBER - Back to Bam 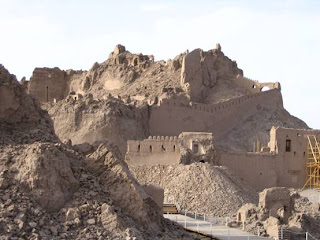 On my brief trip to Paris last week I also came across an exhibition being put on by visual anthropologist Elhum Shakerifar (she studied the MA in Visual Anthropology at Goldsmiths). If you happen to be off to the French capital this week then you might also like to pop into 'Secrets de Bam' as well as the other anthropological bonbons I put on the blog last week. It's a collection of photographs from the Iranian town of Bam, which was destroyed by an earthquake in 2003. Shakerifar collaborated with some of the residents of Bam to put together a selection of commemorative portraits.The exhibition runs until 30th December and is open from Tuesday to Saturday between 12.00 and 19.00 at La Galerie Associative on 13 Rue de Cambodge 75020 - for more information email lagalerieassociative@gmail.com.
Posted by Lucy at Wednesday, December 10, 2008