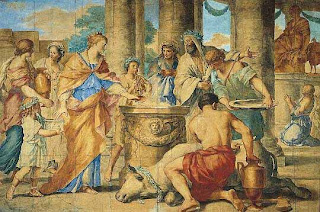 THURSDAY 23rd OCTOBER - Encountering Romans
After visiting the Hadrian exhibition last week at the , I am going to catapult myself back in time to experience what life was like during the . Accompanied by my friends in tunics, I will be dressed in gladiator regalia while I visit the Roman Night at the . I will feast on Roman food, and hear traditional music, while watching dances and listen to wondrous legends and fables that were popular during Hadrian's time. I also plan to watch some films and play some roman board games, and of course attend a stage combat workshop. There is an amazing array of activities you can do at the in the to experience Roman life. Entrance is free, just drop in from 18:30 -21:00. You can download the full programme here. For those of you who want to study up on Roman life before you go, take a look at this fantastic BBC website.

FRIDAY 24th OCTOBER - Between and 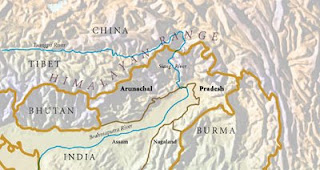 Although I don't normally visit the same venue consecutively, this week I will make an exception as there is a great exhibit at the British Museum entitled Between Tibet and India:cultural diversity in the eastern Himalayas, which I want to visit. The exhibition is based on a research project which was funded by The Economic and Social Research Council, and was the collaborative effort between The School of Oriental and African Studies, the British Museum and various other organisations in the and . One of the main objectives of the project was to explore the rapid cultural change that is occurring in the state of Arunachal Pradesh in . Through interviews, object collecting, and other means of fieldwork, the research team documented oral traditions, material culture and ritual practices amongst five of the 35 tribes who live in the region. For more information on the research project visit this website. The exhibit at the BM focuses on two tribes, and displays archival and contemporary photographs, textiles and audio recordings. The exhibit is free and is held in Room 91. 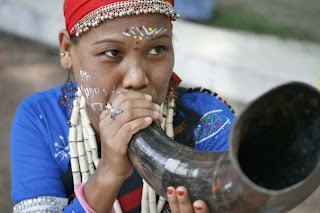 Today I'm going to attend a one day conference at the Horniman Museum called: Museums for the Marginalised: Representation and Empowerment. The conference examines the historic and contemporary aspects of Adivasi cultures and communities in India, as well as marginalised communities in other parts of the world. One aspect of the discussions will be explore the ways in which museum exhibitions and other cultural projects aim towards listening and collaborating with Adivasi communities. A keynote speaker will be Professor Ganesh N. Devy, one of the founders of the Denotified and Nomadic Tribes Rights Action Group. For the full conference programme take a look at this website. Entrance fee is £10 if pre-booked and £15 on the day, which includes a South Indian lunch, coffee and tea. The conference runs from 10:00 a.m. to 17:30 p.m.

For those of you lucky enough to be in Turin, Italy at this time, try and catch the last couple of days of one of the greatest international food event: Terra Madre. The event is held every two years and is an opportunity for food communities, cooks, academics, and youth from around the world to collaborate in supporting small-scale, traditional and sustainable food production. There are many workshops, sampling, and discussions to go to, such as: The Future of Climate and Food and Markets: Participative development models. You can find the full programme list here. The Terra Madre website, has some fantastic information which includes voices and pictures of producers, themes of dialogue, and a list of projects undertaken internationally. 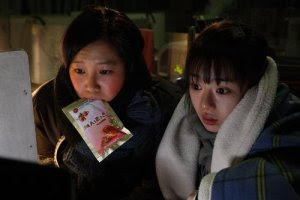 Although the London Korean Film Festival hosted at the Barbican starts November 6th, I want to get a head start by looking at the programme and choosing which films I'd like to see. The festival is given in partnership with the Korean Cultural Centre and the Korea Culture and Content Agency (KOCCA). Some of the festival highlights include a special preview of Cannes 2008 hit The Good, The Bad, The Wierd, exclusive screen talk with director Kim Ji-Woon, footage from the Korean film archives and Korean animation for all ages. For more information about Korean film in general, check out this website. 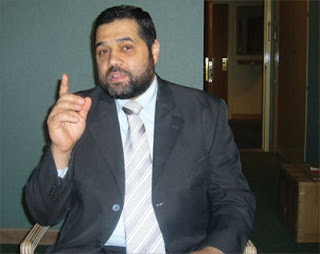 Tonight I am going to the Institute of Contemporary Arts to watch a very interesting conversation over a live satelite link, between Alastair Crooke founder of Conflicts Forum, and Usamah Hamdan, a member of Hamas's governing council. While both the United States and the European Union have designated Hamas a terrorist organisation and have refused to engage with it, Alastair, decides to circumvent this ban by hosting this dialogue. In 2005, Alistair also organised the US and European unofficial dialogues with Hezbollah, Hamas, and other Islamist organisations. You can read an article about the 2005 dialogues here. The talk tonight will be followed by discussion questions from the audience. The event is at 7:00pm in ICA's Nash Room. Advanced booking is required, prices of tickets are £10 for adults and £9 for students. 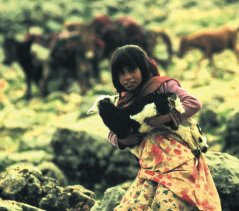 Tonight I am going to a film screening of Oscar nominated People of the Wind, followed by a Q and A session at SOAS's Kalili Theatre. The film was produced by Anthony Howarth and David Koff in 1976. It tells the story of the Bakhtiari tribe in Western Iran, who must make an epic 200 mile journey every year (taking up to 8 weeks) to reach the summer mountain pastures. This test of human endurance is undertaken by thousands of men, women, and children and their livestock. As we follow the group's arduous journey across the Zagros Mountains, we witness the film's fantastic wide-screen photography offering beautiful mountain panoramas. The film focuses on one particular tribesman whose words are translated into English and read by actor James Mason. For more information about the Bakhtiari in general and a related exhibition 'A People's Migration' visit this website. The event is free to attend.