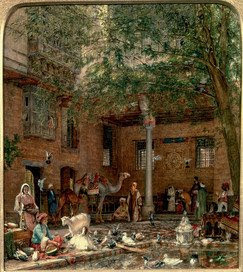 Anthropologists often investigate the construction of stereotypes, and perhaps no stereotype has been more widely discussed than the concept of orientalism. Orientalism, since it was famously written about in 1978 by the sociologist Edward Said, has been understood as the stereotypical representation of the east by western artists and academics. It's now the subject of a new exhibition at the Tate Britain - 'The Lure of the East' - in which a collection of paintings produced between 1780 and 1930 will be on show, as a way of understanding how western artists responded to the landscapes, peoples and cultures of the Near and Middle East. Tickets are £10, or £8 for students and there are a series of associated events - look out for pointers on the blog in coming weeks. 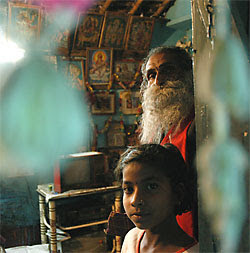 I'm going out on a limb this weekend and heading over to Amsterdam for the Beeld voor Beeld documentary film festival that's currently being held there. An annual event, the festival claims to stand at the crossroads between visual anthropology, politics and documentary and believes that film represents a powerful means to question and challenge our preconceptions and prejudices. Quoting an eminent Belgian anthropologist, Luc de Heusch, the organisers hope that “Anthropology is a game for the brain that could be developed towards a better understanding of human societies”. You can see for yourself over four days of films which range in subject matter from the 'fringes of Europe' to 'rituals surrounding death'. It is one of a number of visual anthropology festivals held around the world each year - for more information and to get planning see here.


SATURDAY 7TH JUNE - Monkeying around at the library

Recently on the blog I've been mentioning events that relate to storytelling and how it can give a telling insight into a particular community or aspect of society. Currently showing at the British Library is the opportunity to discover one of the most elaborate and well-known stories in existence - the Ramayana. The Ramayana is one of Hinduism's central texts and has had a profound influence on the art, culture and philosophy of the regions it has reached. Over 120 paintings from the Library's archives will be on show, depicting Prince Rama's attempts to rescue his wife with the help of an army of monkeys. You can view a selection of images from the collection online, which include exhibits borrowed from other institutions such as the anthropological Horniman Museum. The exhibition runs until mid-September and admission is FREE. 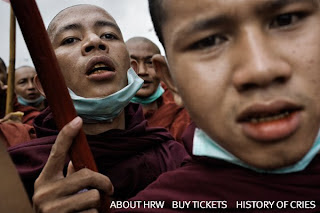 Today I'm heading along to a special event hosted by Human Rights Watch at the Royal Haymarket Theatre in London. 'Cries from the Heart' is an opportunity to learn about the experience of people who have lived under dictatorial regimes - it's an event that has been going for a few years now and seeks to highlight the voices of those who, because of political oppression, have lived at the margins of society or been displaced. There are also performances from the likes of Ian Mckellen and Colin Firth. Tickets can be obtained from the Human Rights Watch website and the seats in the Gallery are cheapest at £20 - you can also reserve a place by emailing erin.ratazzi@hrw.org. Anthropology often studies the areas at the margins of the 'state' as a way of understanding how societies work, so it should be an evening well worth attending. 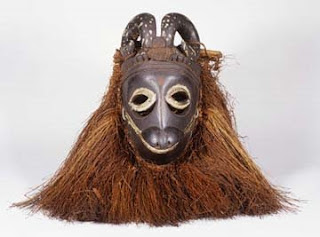 I'm branching out today and going along to a museum I've heard about over in Liverpool - the World Museum. It has one of the most impressive collections of ethnographic objects in the UK. The 'Human World' section of the museum is divided geographically into four areas - Africa, Asia, the Americas and Oceania and the curators have tried to ensure that the relationship between the objects on display and their origins is clearly explained. There's also an interactive section of their website to test your knowledge of the objects, and world cultures more generally. The museum is open daily between 10.00 and 17.00 and entrance is FREE.

A unique chance to conribute to the future of anthropology is on offer today at the Royal Anthropological Institute. The Education Officer there is holding a half-day workshop to discuss new ways in which the RAI could engage young people in anthropology, with the opportunity for attendees to suggest ideas for future projects, events and workshops. The event is primarily aimed at current undergraduate or postgraduate students of anthropology, or at least those who 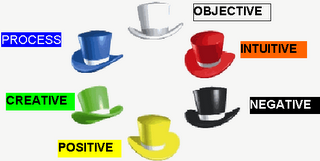 have some prior experience of the subject. It begins at 11.00 and lasts until mid-afternoon, comprising a combination of interactive exercises (along the lines of De Bono's thinking hats method), film screenings, a Q&A as well as an optional tour of the Institute. Refreshments and an anthropological goodie bag are also on offer - to book a FREE place contact Nafisa Fera, the Education Officer on education@therai.org.uk or 0207 387 0455. 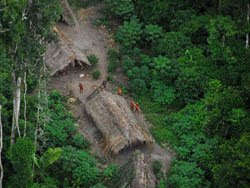 You may have noticed last week the news that a previously uncontacted tribe had been photographed in the midst of the Amazon Jungle in Brazil. Many anthropologists spend their careers working with and for indigenous peoples, as evidenced by their involvement with last years' Declaration on the Rights of Indigenous Peoples by the UN. They are also very concerned with the way indigenous people are portrayed and represented since often this leaves a lot to be desired, with the widespread use of terms such as 'primitive' and 'stoneage' by the mainstream media. Indeed, the organisation Survival International (which has a number of ex-anthropology students on its staff) runs a campaign against the use of these terms, and has also recently made a film on the issue which you can watch online.
Posted by Lucy at Wednesday, June 04, 2008