There's an introductory talk to 'The Lure of The East' exhibition (mentioned on last week's blog) that I'll be attending today at Tate Britain. It's being given by curator Christine Riding and will focus on issues of cultural 'cross-dressing' in portraits of the Ottoman Empire, which sounds like it will offer some interesting perspectives on the difficulties of representation, and the problems inherent in any outside perspective on another society. The talk begins at 13.00 in the Auditorium and tickets cost £4 -you can book online here.

Today I want to tell you about an event that's going on at Goldsmiths University which is, unusually, perhaps not something I would recommend attending (unless you have some experience of anthropology), but is still interesting to know about as it's a great reflection of the diversity of work that anthropologists do. The event in question is an 'exhibition' of current

research occurring amongst anthropologists in London, ranging from tattoos to bookmakers, and from Bulgarian Muslims to Ghanaian chainsaw operators. For a small reflection of some of the work London anthropologists get up to you could also look at the written and visual resources available on the Goldsmiths anthropology webpage, or consider subscribing to the magazine Anthropology Today - although be warned some prior knowledge is useful for all of them!


SATURDAY 14TH JUNE - Anthropology in the news and on the news

There was a good example this week of how the work of anthropologists is being used more and more widely to understand the way the world works. Associated Press, who are responsible for a huge amount of the information we read in the press, have just announced the results of a study they commissioned on the consumption of news by young people aged between 10 and 18. They employed a team of anthropologists around the world to investigate the subject and the research was discussed at the Gothenburg World Editors' Forum no less. You can read about the experiences of one the anthropologists on her blog, as well as about the project more generally on its website.

Pocketvisions returns today with more highlights from the documentary film festival held in London a couple of months ago. This week the selection of films showing at the Roxy Bar & Screen centre around the theme of solitude,

whether that loneliness is brought on by economic, political, family or personal circumstances. Session One - beginning at 15.00 comprises Casa Mia (My House) and Por Mis Hijos (For my Children), about two Bucharest youngsters and a Barcelona mother respectively trying to find a better life for themselves. Session 2, from 16.30, is made up of 'Beirut: All flights cancelled' abuout the 2006 conflict in Lebanon and Cyanosis, which depicts an Iranian street artist's struggle to work against a backdrop of interference from officials. Tickets for the whole afternoon cost £3 and can be purchased online or on the door. 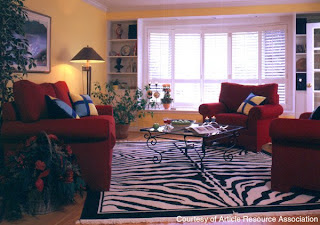 Today I'll be listening again to the latest episode of Thinking Allowed, in which anthropologist Daniel Miller from University College London was talking about his book 'The Comfort of Things'. Miller is an expert on 'consumption' and the meanings objects have for human beings, and his recent research has focused especially on the meaning behind the items people decorate their homes with, and how their relationship with their wider community is affected by these possessions. He did the research by investigating 30 different peoples' homes on just one London street. Also on the programme is a discussion about how humans relate to horses - for more information on this topic see Goldsmiths anthropologist Rebecca Cassidy's work. Interestingly, Thinking Allowed is also now expanding its links with The Open University - with extended interviews and greater resources than the BBC microsite. 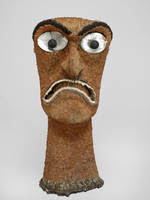 Following my adventures in Holland last week, this time around I'll be catching the train over to Paris for a new exhibition at the Musee du Quai Branly. The collection is a recreation of an exhibition held in England at the Sainsburys Centre for Visual Arts a couple of years ago, called 'Art & Divinity in Polynesia, 1760-1860' and it includes many fascinating artefacts from when the first encounters occurred between European travelers and indigenous Polynesians. Objects on display include functional items such as fish hooks and tools, to

canoes and massive temple images, and there is also an examination of the motivations that lay behind the Europeans desire to build up these collections. The exhibition runs until mid-September and the admission prices ranges from 10 to 20 Euros depending on how much of the museum's other intriguing exhibitions you want to see.


WEDNESDAY 18TH JUNE - The badge of an icon 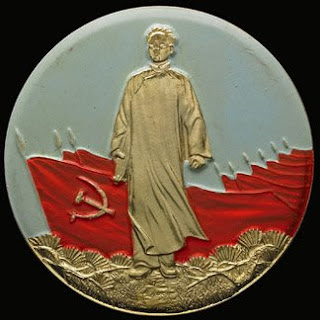 Particularly interesting if you listened to the radio programme I mentioned on Monday will be the 'Icons of Revolution' exhibition currently running at the British Musuem. It's an assortment of badges, posters, books and other material and memorabilia from the Cultural Revolution in China in the 1960s. The Cultural Revolution was an attempt by Chairman Mao to bring a new ideology of respect for the Communist regime, and citizens were 'encouraged' to wear badges depicting their leader as part of an everyday dress code. It's one of history's most striking examples of when objects were invested with enormous significance, but also of how such imposition of meaning can easily be reinterpreted throughout the object's life..
Posted by Lucy at Wednesday, June 11, 2008