THURSDAY APRIL 17TH - Getting the look

Last week saw another contribution to the age-old debate about body appearance by Professor Robin Dunbar, an anthropologist at the University of Durham. His opinion was mentioned in an article about our apparent obsession (or at least the media's obsession) with the appearance of women in public life. Today I want to read about the opinions of Professor Dunbar, who says that, like it or not, appearance does matter and he draws on the fact that victorious US Presidents normally have symmetrical faces to illustrate his argument that beauty is often symbolic of wealth and power. He also thinks that "A woman who is apparently conforming to a demeaning Barbie-doll figure or having all signs of character erased from her face may actually be flaunting her earning power and her ability to pay for fake breasts and Botox"...thoughts that I'm sure are bound to provoke a great deal of debate!

Come Friday I'm going down to the British Museum for a film that's showing as part of the Ethiopian season I mentioned a few weeks ago. 'Fire will eat us' is by anthropological film-makers David Turton (co-author of Film as Ethnography) and Leslie Woodhead, and is a study of the environmental challenges faced by the Mursi people of Ethiopia. They are currently under threat of eviction from their ancestral lands by a company that allegedly forced them to sign documents they did not understand - you can read David Turton's assessment of the situation here. The film begins at 18.30 and is also followed by a Q&A with David Turton - you can book online or by calling 0207 323 8181, and entrance is £3, or £2 for students. 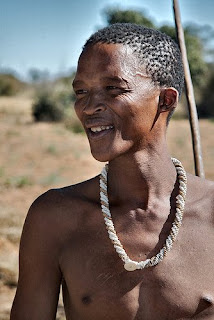 Following the film I saw yesterday I want to find out more about the different indigenous peoples of the world, so I'm going to browse the internet to see what I can discover. Anthropologists are often involved in the study of indigenous societies, and many work for organisations that campaign to uphold their rights. For example, The Peoples of the World Foundation is a group that highlights the lives of indigenous people using photography and film, in doing so hope to 'educate and enlighten' its vewers. Also worth checking out is Survival International, a non-governmental organisation that is often in the press for its work, most recently perhaps regarding their campaign to stop people referring to indigenous people as 'primitive'...and there are also many interesting films on their website from around the world.


SUNDAY APRIL 20TH - At home with the Headhunters

For a completely different type of web-resource, this week also sees the launch of a website about one of the earliest ethnographic films - 'In the Land of the Head-Hunters' by Edward Curtis. The silent film, from 1914, is seen as a landmark in the history of not just anthropological, but also documentary film in general, for its portrayal of the Kwakwaka'wakw people and their

On Monday I'm planning to listen again to last week's episode of Thinking Allowed, which featured a fascinating discussion on the role of animals as pets within human society. It's not as unusual a research area as you might think - many anthropologists study the interaction between people and animals, including for instance the 'culture' of horse-racing (see Rebecca Cassidy and The Sport of Kings), and even the relationship between humans and insects. The radio programme arose out of the findings of a study that claimed 23% of humans list their pets as part of their support network - almost enough inspiration for you to consider studying it as part of an anthropology degree...

More interesting subfields of anthropology today as I'm off to Goldsmiths University in London for an inaugural lecture by Professor Sophie Day, entitled 'On the Game'. Professor Day has spent many years conducting award-winning

research with prostitutes and sex workers in the UK, and is especially interested in the issues of HIV AIDS and concepts of 'risk'. Her lecture will draw on the 15 years she has spent speaking to sex workers about their emotions and lives in the face of widespread social disapproval. The talk should be well-worth listening to - it begins at 17.30 in the Ian Gulland Lecture Theatre and you need to email inaugurals@gold.ac.uk or call 0207 919 7033 if you would like to attend. 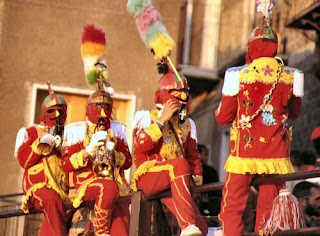 Rounding up the week is the happy news today that Ethnodoc - the visual anthropology website - have just announced that all the their film content is now viewable online for FREE! In case you haven't read about Ethnodoc on the blog before, it's an Italian organisation that aims to link people interested in visual anthropology across the globe, providing photographs, films and articles on visual material free of charge - once you've signed up for free membership. It's a useful place to look at if you're interested in the subject, and also to research links to other similar organisations and hear the latest news about conferences and events.
Posted by Lucy at Thursday, April 17, 2008