THURSDAY 4TH OCTOBER - 'Anthropology' but not as we know it 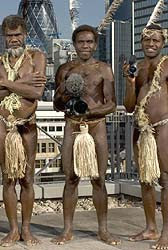 Tonight sees the latest in television's current tendency towards programmes involving indigenous peoples. Meet the Natives (screening at 21.00) offers an interesting twist on what has come before, in that it claims to offer a group of five fishermen from the South Pacific the chance to turn the tables on what anthropologists have been doing for years, and come to England to analyse British culture.

Whilst the group make some insightful remarks on some distinctly British behaviour, many anthropologists have questioned the exercise. For example, Luke Freeman (anthropology lecturer at University College London) has written an interesting article on the C4 website in which he argues that Meet the Natives falls into the trap of showcasing surface-level cultural differences, rather than doing what anthropology tries to do, which is gain a deeper understanding of a place or people's social 'fabric'. So worth watching perhaps, if only to think about the debate - though if you want to know what anthropologists really think about life, then why not have a look at a new book called Questions of Anthropology - in which anthropologists (including Luke Freeman) answer questions such as "what does it mean to be alone?" and "What happens after death?" 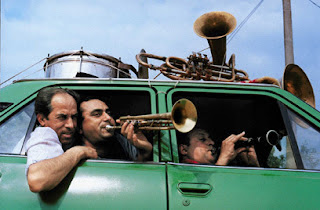 Tonight I'm down at the ICA in Central London for the screening of Gypsy Caravan: When the Road Bends..., which is showing at 16.00 and 18.15. It's a feature-length celebration of gypsy culture and music, which follows musicians across the world - and it was partly filmed by Albert Maysles - a very famous documentary maker who is often studied by anthropology students because of his use of 'direct cinema'. Admission costs £7 if you're a student. After the films, there's a Roots & Shoots Gypsy Caravan party (£3) which has music from Russian ska to Ukrainian wedding music. There's also an associated photography exhibition at the Hungarian Cultural Centre called The Roma Decade, which runs until 10th October - you need to call 0207 7240 6162 to book a viewing.

SATURDAY 6TH OCTOBER - Facing into the Past

A whole new realm of anthropology is on the cards today - I'm off to the Jewry Wall Museum in Leicester to have a look at their current exhibition 'The Making of Leicester'. It is a multimedia collection of facial reconstructions - using the knowledge of scientists and anthropologists to recreate what the residents of Leicester must have looked like in the past. The models are made by experts from the Unit of Art in Medicine in Manchester, which has spent the last 25 years developing the art and science of facial anthropology. The exhibition is open until November during school holidays and at the weekend between 11.00 and 16.30 - admission is FREE.

Today I'm heading down to the final weekend of the Africa Mine festival in Dalston, East London for an evening of film and music. I'm particularly looking forward to seeing As Old as My Tongue, showing at 16.00, which is about one of the oldest living singers in the world. Bi Kidude is a controversial figure in her homeland of Zanzibar for her attitudes on the role of women in Muslim society - her music traces the history of her island and is therefore of great cultural importance. After the film, there will be music, and a Q&A with the director - entrance for the night is £5 if you're a student, and it's being held at the Arcola Theatre.

Also screening today at the National Maritime Museum is Nanook of the North, a very important film in the history of ethnographic filmmaking. It was made to present the daily like of an Inuit family in the Arctic, but has often been criticised for the film-maker's decision to stage some of the scenes. It is showing at 14.00 and entrance is FREE. 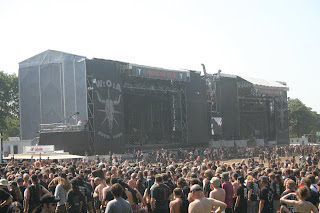 Something a little different today, as I venture down to the Warrington Art Gallery for a photography exhibition called "I don't want to belong to any club that will accept me as a member" which includes stills from live band performances to try and evoke the sensation of being at the events. The exhibition is open from 9.00 until 16.00 Monday to Saturday and entrance is FREE. Performance is a key part of anthropology's studies, and for a recent example of someone who has tried to link the two, look no further than 'Metal: A Headbanger's Journey' made by an anthropology graduate in an attempt to understand the subculture of heavy metal fans. You can watch a trailer of the film on the site. 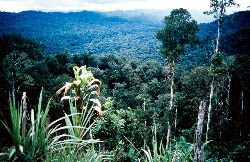 This evening I plan to attend a lecture in South London given by Paul Stilltoe, an ethnobotanist from Durham University. He will be speaking on "Local perceptions and forest policy: conservation and logging in Papua New Guinea" at the Jodrell Lecture Theatre in Kew. Dr Stilltoe has worked for many years on the importance that local indigenous knowledge of agriculture can have when thinking about developing what westerners would consider more 'modern' methods. Admission to the lecture is FREE, and it begins at 17.00.

On Wednesday I'm going to an afternoon lecture being organised by the Brunel Anthropology Society on their campus in West London. Speaking will be Rebecca Marsland, a medical anthropologists who has done fieldwork on malaria in Tanzania, followed by The Second Red Line, a film examining the diagnosis and treatment of HIV and AIDS in a refugee camp in Ghana. The event is part of a series of talks and films being out on by the Brunel Anthropology Society over the autumn, every Wednesday from 15.00 until 17.00. The events are primarily for students of the university (which specialises in medical anthropology courses) but if there is a particular showing that you are interested in, it is best to get in touch with Elizabeth Jones, the departmental manager, on 01895 266561 to try and organise a visit. You can also watch the film online here.
Posted by Lucy at Wednesday, October 03, 2007

good site Lucy. i'll be signing up for updates - so much to see/do in so little time! slightly baffled by how you keep up with it all...please visit my blog for my comments on Meet the Natives http://sci-cultura.blogspot.com/2007/10/going-native-reality-shmeality.html