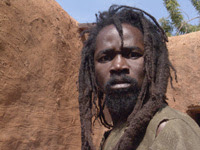 All this month is Black History Month, with a huge array of events going on around the country. One that is particularly interesting is the African Film Focus starting today at the Institut Francais in London. It includes films by Ousmane Sembene - perhaps the 'godfather' of African cinema - for example his film 'Moolaade' which looked at the cultural practice of female circumcision. There's also a one-off African story-telling session this Sunday at 16.00 by Sotigui Kouyate, who belongs to a family of griots - people who maintain the oral traditions of their community. It's a rare opportunity to hear one of them in action so I'll definitely be sitting comfortably... 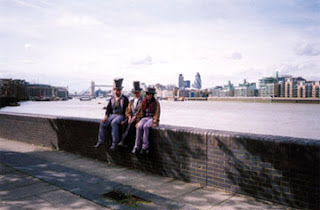 On Friday, I'm off to check out the work of an anthropologist turned artist by the name of Spartacus Chetwynd (her biography is at the bottom of the link). Her exhibition 'The Walk to Dover' is showing at Studio Voltaire as part of the Zoo Art Fair this month, and is labeled as a 'performance documentation' film. Spartacus studied anthropology at UCL and describes how she draws on Levi-Strauss' concept of 'bricolage' in her work - which is essentially the process of using whatever is at hand to form an instinctive impression of what is going on. The exhibition is open from Thursday to Sunday from 13.00 until 18.00, and you can buy a book featuring Spartacus' work here.

This weekend I want to attend the University of Sussex Open Day - it is one of only two chances this year to find out how the anthropology department is run there, so is not to be missed. At Sussex, you can combine anthropology with a number of subjects from languages to law, to history. There's loads of information on their website on all the different programmes, or you can book your place on the Open Day here. To find out when universities are holding their open days more generally, this website may be worth checking up on from time to time. 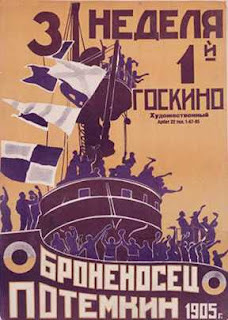 This afternoon I'm gong to watch Battleship Potemkin, an early film by the famous Russian director Sergei Eisenstein -the pioneer of montage sequences, at the Curzon Cinema in Mayfair. The film is being shown to coincide with the anniversary of the 1917 October Revolution, and depicts the uprising of Potemkin's crew against the repressive Tsarist regime. It is studied on many visual anthropology courses as an example of a 'factual' film that uses fictional sequences to represent reported events - and how film can be used as a tool of propaganda by doing so. The screening, starting at midday, is followed by a Q&A with Ed Hughes, who has just composed a new score for the film, and tickets cost £6.50. 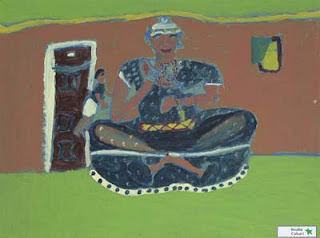 Today I'm heading down to the Kelvingrove Art Gallery & Museum in Glasgow to have a look round their Cultural Survival Galleries. Particularly interesting is the Survival: people and their land exhibition which contains objects from indigenous communities that are balancing some of their traditions and customs with life in a modern world. It aims to show that stereotypical imaginings of such people as 'primitive' are highly inaccurate - in fact the exhibition also offers opportunities to communicate with indigenous people from all over the world, whether it be emailing the Cofan people of Ecuador or visiting the website of the Innu people from Canada. The museum is open every day from 11.00 until 17.00 (10.00 Monday to Thursday). Before going along, why not have a read of this article about the situation of some of the most 'isolated' groups of people living in the world, which talks about the work being done by anthropologists with the charity Survival International. 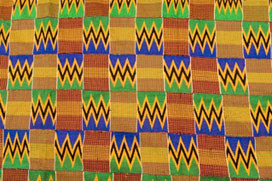 On Tuesday it's time to get involved with Black History Month again, and there's a couple of events that look particularly fascinating. At the Brighton Museum & Art Gallery, there's a new display to mark the 5oth anniversary of Ghanaian independence - Forests of Gold: Kingdom of the Asante, which looks at the heritage and beliefs of the Asante people. The Museum is open daily except Monday and entrance is FREE. Then, today and every Tuesday this month at 12.45 there is a lunchtime talk at the Hunterian Museum in Glasgow. Each talk focuses around a particular object or story from the black community that has been involved in the formation of Scotland's history. The talks are FREE - for more information contact the museum on 0141 330 5431, or at mcall@museum.gla.ac.uk. 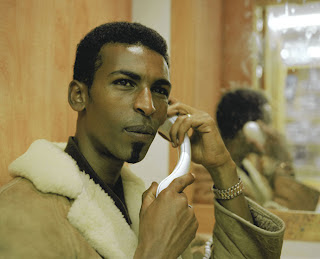 On Wednesday I'm going along to the newly-opened Rivington Place in East London, the capital's latest visual arts centre. One of its temporary exhibitions at the moment is named 'London is the Place for me' and it showcases a series of photographs about the experience of the diaspora living in the city and beyond. They also analyse the concept of 'home' and how it can be understood as a continually changing social construction. Interestingly, you can also become part of the experience by attending one of the portrait postcard sessions on a Wednesday or Thursday afternoon, when artist Leticia Valverdes will help create a photograph representative of your London experience. Rivington Place is open Tuesday to Saturday from 11.00 until 18.00 (with late opening on a Thursday) and admission is FREE.
Posted by Lucy at Wednesday, October 10, 2007