Dr. Justin Watkins is a Senior Lecturer at SOAS, specialising in Burmese and Mon-Khmer Languages. His research interests include experimental and acoustic phonetics; computer lexicography; and minority languages of South East Asia. Today from 4-6pm at the ESRC Deafness Cognition and Language Centre (DCAL) he will talk about his fieldwork in Burma and some of his preliminary findings on Burmese sign language. The talk will take place at the DCAL library (49 Gordon Square). Entrance is free and everyone is welcome. 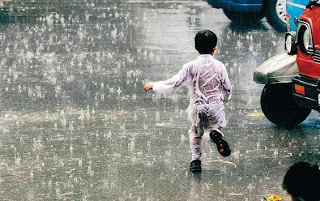 WhiteChapel Gallery in collaboration with Fotomuseum and Green Cardamon present an exhibition entitled Where Three Dreams Cross: 150 years of photography from India, Pakistan and Bangladesh. Spanning from the 19th century to modern day, the exhibition tells the story of photography's development in the subcontinent and how the countries have been visually depicted by the lens of their photographers. Over 400 works are being displayed along five themes: self-representation, family relationships, political voice, and performing arts. The exhibition runs until the 11th April 2010. Today from 2-5pm, a series of panel speakers will explore the meaning, historical and cultural significance of this exhibition. Tickets are £10 or £8 concession. Booking is essential. To find out more and book your ticket visit this website. 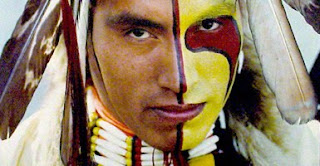 Today I am heading to the British Museum to take a look at a fantastic exhibition that explores Native Americans way of life from the 1800s to the present day. The exhibition includes cultural objects such as tomahawks, headdresses, rattles, and painted hides which highlight social life based around the politics of warfare. Ceremonial artefacts and weapons, also demonstrate how members of the tribe can defend themselves and inspire their awe and authority to the rest of their people. By demonstrating the transition of these objects from past to present and how they are used today, the exhibition reminds visitors of the cultural significance of material objects in continuing the legacy and identity of a particular community. The exhibition is free. All are welcome. 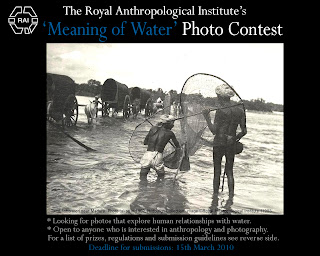 The Royal Anthropological Institute's Education Department has recently launched an international photo contest which explores human relationships with water. The contest is open to secondary school students, undergraduate and postgraduate students, and anyone interested in anthropology, excluding professional photographers. The contest is looking for photos (either black and white or coloured) which illustrate the following themes: 1) Livelihoods & Sustainability 2) Trade & Transport 3) Management & Access 4) Religion & Spirituality. For information on prizes, submission guidelines and regulations visit: www.discoveranthropology.org.uk 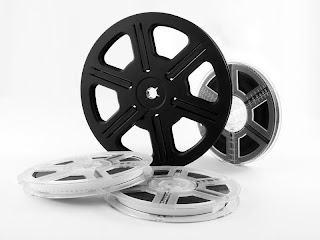 If you are interested in ethnographic or documentary film making or how to incorporate film into your anthropological research, the Granada Centre for Visual Anthropology in collaboration with the University of Manchester Media Centre offer practical courses in May and June 2010. The courses are aimed particularly at postgraduate students but undergraduates and senior researchers are welcome to join. Take a look here, to find out more about the courses and how to apply. 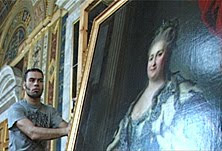 From February through March 2010, UCL's Centre of Museums, Heritage and Material Culture is showing a series of documentary films on museums and heritage. Tonight's film The Hermitage Dwellers is produced by Aliona Van Der Horst and explores the connections between the lives of the people who work in Russia's most renowned museum and the art that it houses. The screening will take place at the Institute of Archaeology Lecture Theatre (31-34 Gordon Square) starting at 6:15pm. Free and open to all. 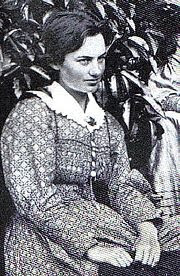 Running until the 4th of July, the Pitt Rivers Museum is displaying the drawings and photographs of Edith Durham (1863-1944). Edith was a British traveller, artist, and writer who became widely known for her anthropological accounts of Albania and the Balkans in the early 20th century. Edith developed her artistic talents at the Royal Academy of Arts, and when she was 37 took her first trip to the Balkans. She continued to travel to the Balkans for over twenty years, focusing particularly on Albania. Admission is free. All welcome.
Posted by Lucy at Wednesday, February 17, 2010

This kind of information is very limited on internet. Nice to find the post related to my searching criteria. Your updated and informative post will be appreciated by blog loving people.