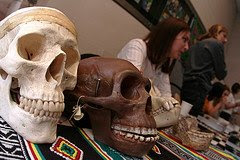 This year's London Anthropology Day was a great success! Over 300 participants attended the day, making it the largest LAD to date. Lecturers from sixteen British universities conducted interactive workshops ranging from visual anthropology, forensics, music and dance, human evolution, and material culture. The RAI has recently posted pictures of the day. Take a look at this website: http://www.flickr.com/photos/raieducation to see the picture gallery. For those of you who were not able to book a place this year, bookings open in April for next year's event so make sure you register well in advance!


FRIDAY 24th July - Broadcast Your Being 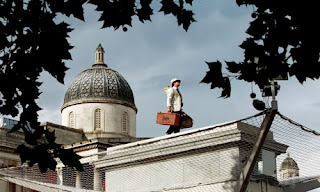 Have you ever wanted to shout something at the top of your lungs, dress like a cow to support charity, or create a living history of a shared space ? If you have been walking by Trafalgar Square recently you may have noticed the living 'statues' that are on the fourth plinth of the square. Antony Gormley who decided to pursue art after studying anthropology is perhaps one of the most cutting edge artists in Britain. His new project is called One and Other. The concept is simple: people from all walks of life are able to sign up and are given an hour slot in which they can stand on the fourth plinth in Trafalgar Square and do anything they want (as long as it's legal). What is mind blowing is that this is happening 24hrs a day for 100 days. There are only 2400 places available and yet 28,377 people have signed up and are now waiting to see if they will be amongst the lucky ones. Take a look at this fantastic website. You can get profiles of the participants who have taken part, the background of the project and the inspiration behind Gormley's idea. Why not have a go yourself? 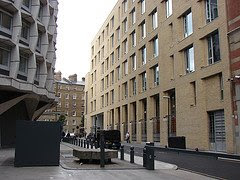 If you have no previous background in anthropology and would like to start learning about the subject but aren't willing or able to do an undergraduate degree, perhaps an access course would best suit your needs. City Lit which specialises in adult education in London, provides various access courses in anthropology. One of the courses starting this September is called Ways into anthropology. The course aims to give a general overview of what anthropology is about as well as get students to critically approach understanding other societies. To find out more details about the course take a look here. 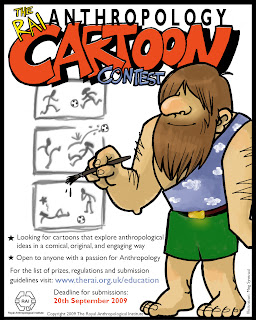 Humour is one of the best ways to promote appreciation and engagement in a subject. For those of you who like a challenge, want to be creative and find humour in everyday life, the Royal Anthropological Institute is hosting an International Anthropology Cartoon Competition. The aim is to get anyone who is passionate about anthropology to think outside the box, and have fun exploring anthropological ideas and topics in new and interesting ways. Topics that you could look at could include: human evolution, cultural traditions, ceremonies, material culture, museums, and 2nd life. For more information and submission details visit: www.therai.org/education 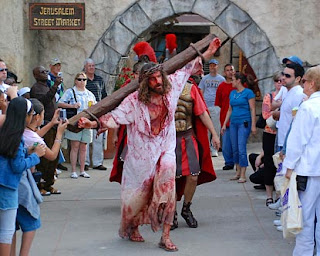 The other day I rented a documentary called Religulous directed by Larry Charles (who also directed Bruno and Borat). In the film, comedian and religious sceptic Bill Maher travels to Jerusalem, Egypt, London, Amsterdam and the United States, in order to explore why people believe in Christianity, Islam or Judaism and what purpose religion serves in their lives. He talks to self professed messiahs, atheists, extremists, politicians, and academics. One of the aspects which Bill highlights in the film are commercial industries which are associated with or exist n the name of religion. Perhaps one of the most bizarre examples is a religious theme park in Orlando, Florida called Holy Land. The theme park includes singers, dancers, religious scholars, artifacts and robots which reenact life in ancient Jerusalem and specific passages of the bible for tourists. For those interested in the anthropology of religion I think the theme park would be an excellent ethnographic fieldwork site. Although Bill is not an anthropologist the film provides excellent food for thought for those of you who are curious to know why people believe in certain faiths. 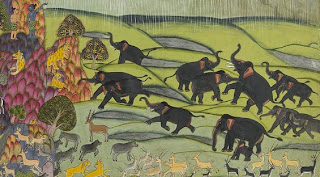 Today I am heading over to the British Museum to see an exhibition of royal paintings from Jodphur which are displayed for the first time in Europe. The paintings give a glimpse of what life was like in the royal courts of Jodhpur during the 17th and 19th centuries. The paintings demonstrate a unique art tradition that flourished under the patronage of the Maharaja and his court. The artwork includes scenes of the palaces, wives and families of the Jodhpur rules, as well as images expressing metaphysical concepts and yoga narratives. The exhibition is part of the British Museum's special Indian Summer series of events and activities focused on India. For more information as well as ticket prices take a look here.

WEDNESDAY 29th July- The truth is out there.. 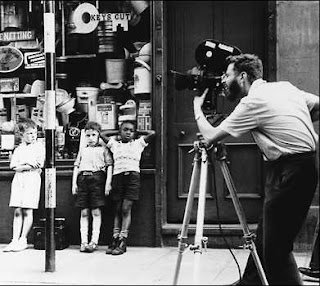 For those of you with a passion for visual anthropology and film you may want to register now for the upcoming documentary film festival taking place in Sheffield between the 4th-8th November. The festival has been running for 15 consecutive years. It aims to provide an international arena in which people within the documentary industry come together to share ideas, develop new programmes, products and services, and learn form each others' wealth of talent and expertise. Take a look at the festival's website for numerous activities, workshops and ways to get involved both before and during the event.