Diary for 6th to 12th November

For centuries different groups of women around the world have been involved in knitting or sewing . If you have recently been to Borders bookstore you may have come across a knitting group in Starbucks, sipping their coffees while knitting and chatting away. Today I have decided to create my own English needle masterpiece. I will be joining a group of enthusiasts at the Asian Women's Resource Centre, for a workshop led by Sophie Lond and Kate Farrer from the Royal School of Needlework. The workshop runs from 11:00am to 3:30pm, and will teach traditional English surface stitches. The workshop is part of a lottery funded project called a stitch in time. Materials for the workshop are provided, and entrance is free. Booking however is essential. To book please email:susanroberts@bridging-arts.com 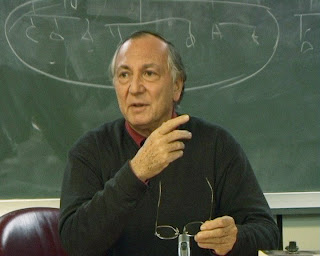 Tonight I am heading to the British Museum's BP lecture theatre to listen to the internationally renowned anthropologist Maurice Godelier. Professor Godelier is a specialist in societies of Oceania. In 1995 he created the Centre de Recherche et de Documentation sur L'Oceanie (CREDO), and has since gone on to hold many distinguished positions in the field of anthropology. He has written widely and has received numerous awards for his contribution to the social sciences. Tonight's lecture at the BM is entitled: Community, Society, Culture:Three Keys to Understanding Today's Conflicted Identities. The lecture starts at 5:30pm and there will be refreshments afterwards. Entrance is free. For more information please contact the Royal Anthropological Institute at: admin@therai.org.uk 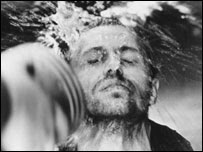 The 22nd Leeds International Film Festival 2008 is a visual feast for anyone interested in contemporary films and film making. Running until the 17th of November, the festival will host over 200 screenings from around the world in venues all across the city. The festival has various themes including : Cinema Versa ' for documentaries and underground voices, mavericks and nonconformists', many of which focus on music as a theme of exploration. For more information on the programme and how to buy tickets, visit the festival's main website. 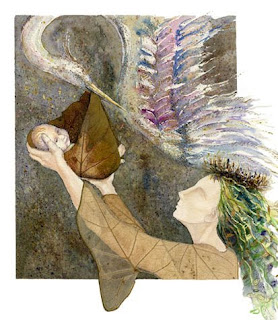 There are many rituals and cultural practices that are practiced when women give birth; these practices can be dependent on a number of interrelated aspects: ethnic background, gender roles, environment, economic factors or religious beliefs. Birth Rites is an exhibition at the Manchester Museum that uses artwork, film, objects and illustrated books to critically engage with questions such as: Are all births equal? How free are women to give birth in a way they want where they want?. The exhibition concentrates on childbirth in a Western context. Entrance is free. The exhibition runs until November 30th. Click here for more information. 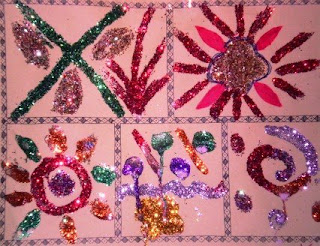 What does the design, fabric and patterns of a sari tell us about the person who is wearing it? Today I'm heading to the Charnwood Museum in Loughborough to see a fascinating exhibit on traditional saris from South Asia and a new brand of saris reflecting British Asian life and identity. The exhibit is based on the British Sari Story, a project inspired by the work of Helen Scalway, an artist and researcher who spent three months drawing what she found instide a sari shop in Tooting, London. For more information about the project take a look at this British Arts website, the website also includes a picture gallery as well as downloadable British Sari Education Pack. The exhibit runs until November 30th. 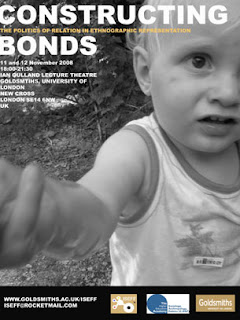 Tonight I am going to Goldsmiths, University of London, for the opening of their international student film festival entitled: Constructing Bonds: The Politics of Relation in Ethnographic Representation. Organised by Goldsmith's Anthropology Society and funded by C-SAP, the festival runs over two days and hosts a range of interesting films exploring themes such as the anti-consumerist activities of Freegans, and constructing beauty and identity in favelas of Rio de Janeiro. The screenings take place in the Ian Gulland Lecture Theatre from 6-9:30 pm. Entrance is free and open to all. For more information take a look at this website. 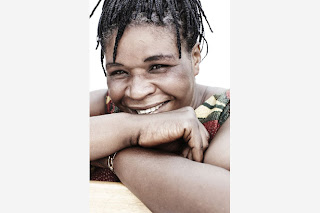 Today I'm going to walk by the Southbank to check out the photographic exhibit Cheka Kidogo which means 'laugh a little' in Swahili. British portrait photographer and film director Rankin, who is best known for his fashion photography, travelled to Mugunga refugee camp in the Democratic Republic of Congo with Oxfam. He photographed some of the displaced thousands who have faced enormous atrocities, violence, rape, starvation, and conflict. He has sought to capture their dignity, individual personalities and stories through his pictures. You can listen to an interview with Rankin here where he talks about the people he met and the spirit he has tried to capture with his exhibit. Oxfam's website has a large sample of the exhibition online, including videos of individuals who were photographed and videos behind the scenes of the project. The exhibition is open to everyone and is at the Southbank until December 21st.