THURSDAY 4TH SEPTEMBER - Running away to the circus 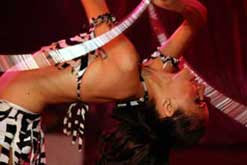 On Thursday I'll be donning my leotard and hanging from a trapeze to listen to 'Journey of a Lifetime', broadcast last week on Radio 4. It featured recent university graduate and anthropologist Emily Ainsworth who won a Royal Geographical Society competition to go on a 3 month trip of a lifetime. She spent three months traveling with, and hoping to perform alongside, one of the many small family circuses in Mexico. Performance has often been a key area of study in anthropology, so Emily should provide some great insights from her experience. You can study the anthropology of performance at many institutions. You can also view some photos of her trip here, and learn more about the scheme on the RGS website here.

FRIDAY 5TH SEPTEMBER - Just what is an anthropological film? 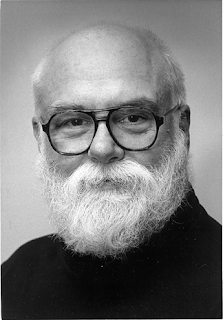 In the last couple of weeks a very prominent member of the visual anthropology community, the American professor Jay Ruby, has released a paper arguing that ethnographic film has become too similar to mainstream documentary in its definition, and that, as such, anthropologists should look towards creating a new kind of 'anthropological cinema'. Ruby's theory is studied on all visual anthropology courses, and is significant for its strongly-argued distaste for films which claim to be ethnographic (like many TV programmes) but which in fact do not really undertake a thoroughly anthropological approach. He has begun a new interactive project, encompassing text, photography and film which he argues is more valid as an anthropological understanding. At the other end of the scale, people argue that almost all film can be 'ethnographic' so Ruby's latest paper, which is clear enough for newcomers to understand is well worth a read. It may well affect how you judge some of the other things I mention on this blog! 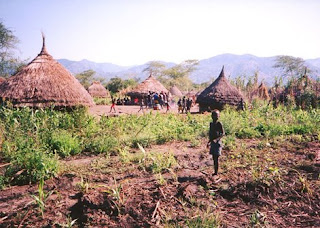 Today I'm going to browse a web resource I found out about at last week's conference in Slovenia - it's also a good example of what Ruby (see yesterday's entry) might be talking about when he refers to a anthropological approach to film. 'Voices from the Blue Nile' is an online resource of photographs and filmed interviews with people from Bonga, a refugee settlement in Ethiopia for people exiled from Sudan. It includes over two decades worth of material on their culture and history, and seeks to put different clips alongside each other in order to increase their significance. Therefore, on one page for example you can watch six different aspects of children's lives in Bonga. Plans for the future include showing three different points of view on the same incident, and also comparing archive and contemporary footage of a musician playing the same instrument. An abstract of the paper which was presented about the website is also available here, and the site should be developing rapidly over coming months. 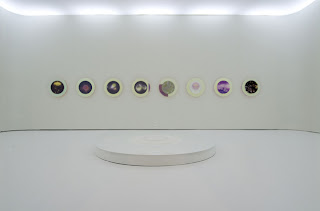 On Sunday I will be up at the Baltic Centre in Gateshead to see one of their current exhibitions by Japanese, New York based artist Mariko Mori. Her work focuses on video and self-portraiture, particularly the imagination and fantasy. It has also investigated 'native cultures' and universal consciousness in relation to nature! It's of interest to anthropologists because she believes in offering multiple perspectives on her subjects, trying to escape narrow cliches or stereotypes. She also thinks it's important to reflect upon our own culture before we attempt to understand other ones. The exhibition runs until 14th September and runs between 10.00 and 18.00.

MONDAY 8TH SEPTEMBER - A story of Love And Valour

There are only a few days left if you want to catch the 'Ramayana' exhibition at the British Library that I've mentioned previously on the blog. The Ramayana is one of the most important texts in Hinduism and its influence on culture and society can be seen throughout the world. Today there is also a kathakali performance occurring at 15.30 - a traditional dance well-worth seeing -the dancers make-up will be being applied from 14.00. The website for the exhibition also has many fascinating resources, including podcasts and a video of a whirling dervish that recently visited! The exhibition is open daily (times vary - see here for details) and admission is FREE. 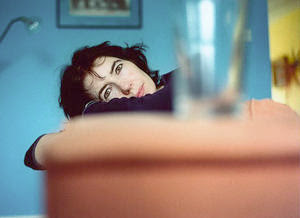 A reminder today in case you haven't already booked tickets for the event featuring Kim Longinotto that's occurring on Thursday 11th September at the BAFTA. As I mentioned on the blog a couple of weeks ago, Longinotto will be in discussion with two other film-makers who make films in an ethnographic way... Simon Chambers' film Every Good Marriage begins with Tears won the film prize at last year's RAI Film Festival, and together with film-maker George Amponsah they will be discussing why they make films in an observational style. To whet your appetite, you can read a short interview with Longinotto on the Bafta website here, and also watch her Divorce Iranian Style on the 4docs website. The event begins at 18.30 for a couple of hours and tickets cost £5.

This afternoon, I'm attending a talk at The British Museum, being given by anthropologist Max Carocci, on Native American ceremonial art. Art and anthropology frequently overlap as fields of study, because of the information an artwork can give one about the status of certain symbols, people or objects in a society. As I mentioned on the blog a couple of weeks ago, Carocci is a specialist in Californian Native Americans, having done his PhD on homosexuality amongst that community. The talk begins at 13.15 in Room 26 and is FREE to attend, just drop in.
Posted by Lucy at Wednesday, September 03, 2008