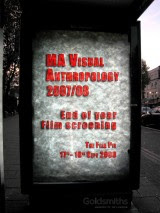 I'll be back down at The Flea Pit in East London tonight for the second evening of films showing from students on the MA in Visual Anthropology at Goldsmiths. The nine films showing are divided up into three sections - all the documentaries are around 20 minutes in length, and they range in geographical subject matter from Japan to Greenland to Wales. A particular highlight looks to be the study of the different contemporary uses for the traditional Inuit kayak, from hunting to sport. You can find out more about all the films here, which begin at 18.00 - entrance is FREE

On Friday I'm shimmying on over to St.Ethelburga's Centre for Reconciliation & Peace in London to catch the performance of a group of musicians from West Papua. The songs they will be singing are all part of the Lani people's cultural heritage, which is under threat from the Indonesian authorities. Their music has become overtly political since moving to the UK as refugees, in order to run the Free West Papua Campaign, but their struggle is typical of many other marginalised peoples, who are often part of anthropologists' work and support. Admission to the evening is £12, and it begins at 19.00 - there will also be a screening of a short film about the issue, as well as a performance of the 'Danzak' scissor dance from Peru -which you can watch and find out more about here. You can also listen to some of the Lani group's music on their myspace page here. 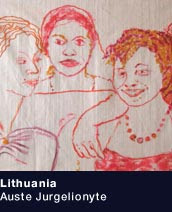 I'll be starting off the weekend by visiting the Whitworth Museum in Manchester for their new exhibition, Cloth & Culture Now, which I've mentioned before on the blog when it's been on elsewhere. It comprises the work of 35 artists from six different countries who use tapestry, knitting, embroidery, digital print, optic fibres, photography and more to looks at the influence of culture and tradition on contemporary practice. Textiles are important indicators of cultural identity in the native countries of the artists (Estonia, Finland, Japan, Latvia, Lithuania and the UK) so the exhibition seeks to combine the old and the new to express and explore regional identity. It runs until 14th December and is open daily from 10.00 onwards - entrance is FREE. 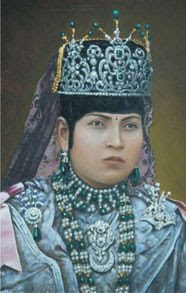 Not considering myself the most photogenic anthropologist, today I'll be checking out a new collection at the Brunei Gallery in SOAS. Interesting for the aficionados of visual culture amongst you, 'Painted Photographs' contains a series of images that have been colour tinted - a 19th century photgraphic technique similar to modern-day air brushing. The difference between the original photograph and the modified version on show in the gallery is historically and anthropologically informative about how people then wanted to be perceived. The exhibition is on until 27th September so there's not long left to check it out - it's open daily from 10.00 until 17.00 and entrance is FREE. 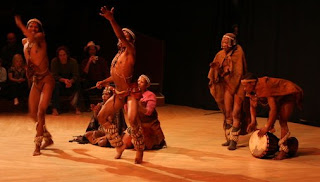 Today I'll be considering another demonstration of music at The October Gallery in Central London. In collaboration with the campaigning organisation Indigenous People, they are hosting an evening of traditional music and dance by representatives of the San Bushmen from Namibia - !Gubi Family on Tour. They are fundraising for sustainable improvements to their living conditions in Namibia, and have been touring across the country (for details of their schedule see here). For the anthropologist, as well as enjoying the music, the evening will be an interesting opportunity to see how San culture and life are being represented and, to some extent, 'marketed' - issues of 'indigineity' are increasingly politicised ones. There is also a film being shown about the current situation of the Bushmen. The evening lasts from 19.00 until 22.00 and entrance costs £10, or £8 for students. 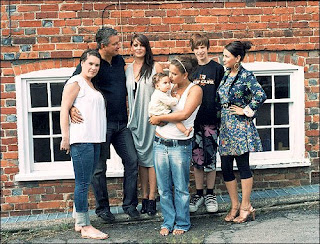 Normally I wouldn't mention reality television on the blog, but the latest offering from Channel 4 may be of slight interest for anthropologists. 'The Family' is a Big Brother-like format, where one ordinary family had cameras installed in their house for several months, and their daily lives were observed over a period of time. Amongst the children in the family is Charlotte, who is studying social anthropology for part of her International Baccalaureate (an alternative to A-levels) -perhaps she will bring some ethnographic insight on how the family functions?! According to this preview article, the programme is also a return to more responsible and in-depth observtional film-making, which means we may learn more about our own society than in most of the other exaggerated material on television. There is a website where you can view more resources, and you should be able to watch previous episodes on 4onDemand - it is broadcast otherwise at 21.00 on Wednesdays. 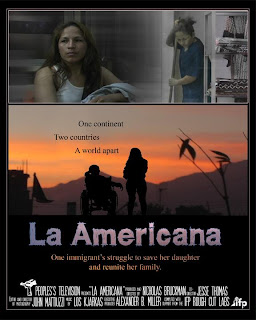 Today I'll be back at Pocketvisions for the start of a new season of documentaries showing at the Barbican Centre's monthly Docspot this autumn. If you're new to Pocketvisions, then a good introduction is provided by 4docs: "The docs selected have often emerged from anthropological fieldwork, which gives a really interesting perspective that goes beyond the film-making itself and into the social meanings and ethics of documentary interviews and investigation". Tonight, the film showing is La Americana, which tells the story of a young Bolivian woman trying to raise enough money for her injured daughter by working illegally in the USA. It's a portrait of the human side of the immigration debate, away from all the statistics and political rhetoric that often grab the headlines. The screening begins at 20.30 - you can find out more information closer to the time on the LIDF website, Admission is £6 for students, £8.50 full price.