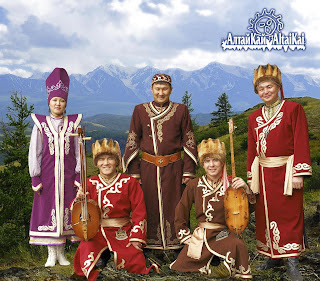 I'm kicking off the week in style tonight, as I'm attending a workshop put on by Siberian musicians Altai Kai at the Museum of Archaeology and Anthropology in Cambridge. The six-piece group from the Altai mountains in Southern Siberia will be performing their unique combination of 'kai' - or 'throat-singing' - accompanied by traditional instruments from the region including horse-hair fiddles and shamanic drums. The songs are designed to gain the favour of the powerful mountain spirits who will protect their hunters and herdsmen. The event is FREE to attend - for more information you can call the museum on 01223 333516, and is a fantastic chance to see the group in a smaller setting before they head off for the likes of the Royal Opera House.

I'm off to Pocketvisions again tonight for what sounds like an ethnographic film in the most traditional, observational definition of the genre. Olga & Time is set in the Italian mountains and depicts a morning-in-the-life of Olga, a cow herdswoman as she works, enjoys nature and boils milk. It is "a poetic visions of a few hours in the life of the earth" and follows in the footsteps of some other anthropological films that have not sought to explain, merely to present. Perhaps most well known of these (and also widely studied on undergraduate courses) is Robert Gardner's Forest of Bliss, about everyday life in the Indian town of Benares. Such films attract a fair amount of discussion as to whether they are more or less helpful as a way of representing society, or corner of society. The only way to decide is by watching one yourself, so that's why I'll be going along to Olga & Time, which begins at 18.30 in London Bridge's Roxy Bar & Screen - entrance is FREE.

On Tuesday I'm going to visit an exhibition being put on in East London by Susan Hiller. She trained as an anthropologist at university and her work has often concentrated on recording human behaviour and the peculiarities of different groups. 'The Last Silent Movie' is her latest work, and is an audio installation made up of extinct or endangered languages. The idea is that by exhibiting these voices she is ensuring that their knowledge continues to provoke meaning even today. The exhibition is showing at Matt's Gallery all weekend, with the film every half hour between 12.00 and 18.00. You can also watch an interview with Susan Hiller here to learn more about her approach to her work. 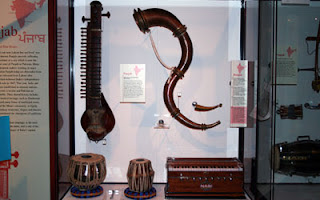 More music on Sunday as I'm down at The Horniman Museum in South-East London for the 'Utsavam Fest' going on all afternoon. The event includes an assortment of arts, crafts and food from India and is linked in to the ongoing exhibition Utsavam - Music from India which is running at the Horniman until November. The exhibition features rarely-seen or known instruments from many different parts of rural India, and looks at the different geographical, cultural and social environments in which music is produced (watch a short video here). The event lasts from 13.00 until 18.00 and admission is FREE - the museum is also open until 17.30.

Today I'll be getting suited and booted to sit down and listen to a recent episode of Radio 4's Thinking Allowed, which focused on the overwhelming popularity of the western business suit as the choice of dress for world leaders. The discussants on the show, who include renowned LSE anthropologist Henrietta Moore, will be debating what it is about the garment that is so appealing to those in power. It's all linked to the publication of a recent book 'Clothing: A Global History', coming to a book shop near you soon. Clothing is an important subfield in anthropology, because it is often an important form of cultural expression and, as is the case here, can also tell us a lot about the presentation of power in social relations. You can listen to other talks involving Professor Moore on her website here. 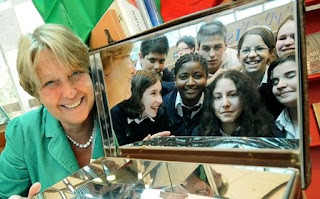 Today I'll be attending an exhibition recently featured in The Guardian (viewable online) called 'I packed this Myself'. It's organised by the community-cohesion group Bridging Arts and is a series of traveling suitcases that include information and objects relating to the lives of migrant workers in Southern England, aiming to inform local people about their communities and combat some of the rural racism that exists. At the moment, suitcases include one from Eastern Europe and another from Portugal, and they are touring Cornwall over coming weeks. There's plenty of further information and resources on the website, so check it out... 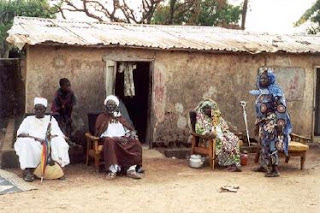 Sad news for anthropologists about town, good news for Lucy's suntan - next week I'll be off doing some foreign 'research', so there'll be a brief week off from the blog. To make sure you don't miss out, here's an advance heads-up for another screening 'Upstairs at the RAI' on 4th August. Following the successful event a couple of weeks ago, the film Si-Gueriki - The Queen Mother, directed by Benin film-maker Idrissou Mora-Kpai, will be showing at 18.00, introduced by the director. It is a wide-ranging reflection on the role of Borgu women in their North Benin society, and their changing role and position within the community - you can read a much more detailed summary here. If you would like to attend, the screening is FREE and more information can be obtained from Susanne Hammacher, the RAI film officer on 020 7387 0455.
Posted by Lucy at Thursday, July 24, 2008