THURSDAY 27TH MARCH - The end is nigh

Whilst 'Viewing the recently dead' might not sound like the ideal way to kick off a week about town, today I'm going to listen again to last week's Thinking Allowed. It featured anthropologist Adam Kuper following up on the previous week's discussion of the cultural differences that exist in how we view our recently departed. As I also mentioned on the blog a couple of weeks ago, anthropology and death are not strangers to one another, since the way a society thinks about and acts towards death can often provide a lot of information about how that society works. Don't forget to look out for modules on the subject if you choose to study anthropology at university. 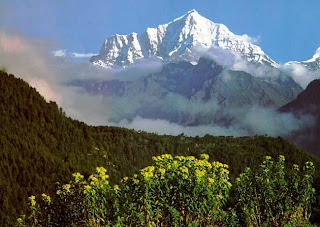 On Friday I'm going to read an anthropologist's view of the recent protests in Tibet. As I'm sure you will have seen, the events there represent a culmination of years of resentment and repression of the indigenous Tibetans. The situation is particularly important because it is the first time the Chinese Government have acknowledged the protests publicly, and also , of course, because this year the Olympics are just around the corner. Anthropologists, with their expert knowledge and friendships with people at a grassroots level are perhaps ideally placed to offer analysis of what is 'really' going on in complex environs such as these. They are also very interested in resistance to power - you can find more information at the Savage Minds specially designated webpage here, and mainstream media articles on Tibet here. 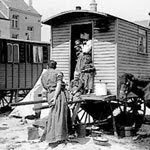 As I have often said, one of anthropology's frequent applications is the study of people at the fringes of mainstream society, and researching the expression of their cultural differences and identities. Today sees a fantastic opportunity to learn more about the Romany people of Southern England and listen to some of their folk music down at the Southbank Centre in 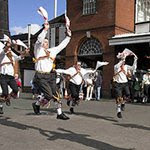 London. Anthropologists have frequently worked with gypsy groups, partly because of the unusual way in which they interact with other sections of society. Today's event is a combination of song and discussion and begins at 14.00 - entrance is £4 for students. For more great performance watch out also for the Morris dancers of Brighton who will be strutting their stuff at 15.30 in the Southbank Centre's Front Room - admission is FREE!

The London International Film Festival kicked off on Saturday and if you hadn't already made your way to one of the screenings then it's about time. This morning I'm off to watch Obcina at the Curzon Soho, a film about wintertime in a small town in Romania, where only one family stays to brave the elements. Like many films in the festival (you can view the whole programme here), it is followed by a conversation with the director, and this one is chaired by the anthropological film-maker Mike Yorke. There are also free croissants available as a reward for getting up so early! Indeed, many of the films over the course of the festival have anthropologists involved - also look out for Casa Mia at the Barbican on Monday, followed by a discussion chaired by Chris Wright, a tutor on the MA in Visual Anthropology at Goldsmiths University. Look out for more recommended films next week.

This afternoon I'm attending a workshop at the British Museum that is the final part of the 'Extreme Collecting' series of talks being put on in collaboration with the anthropology department there. Today a panel of experts will be discussing the role of museums in contemporary society and how and why they should work with the source communities that have provided many of the ethnographic objects on display. Collecting objects has become a more and more controversial subject in museums and anthropology in recent years, as those in the West have come to understand the impact of their curiosity on the societies which they are seeking to highlight. The workshop is in the Sackler room at the British Museum and lasts from 13.00 until 18.00 - entrance is FREE but you need to book ahead on extremecollecting@yahoo.co.uk.


TUESDAY 1ST APRIL - The flowers are in bloom 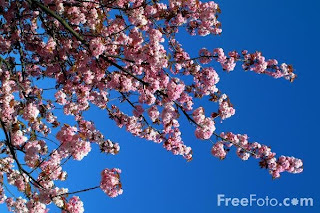 To mark the beginning of springtime, Radio 3's Night Waves has just broadcast a batch of programmes about spring festivals from around the world. Today I'm going to listen again to the four-part series, which examined Egyptian, Persian, Chinese and Indian celebrations of the season. Like rituals, anthropologists are very interested in festivals for the way in which they can tell us more about a particular aspect of culture or society. How they do this has been the subject of much debate over the years, with some arguing they exist mainly as a tool to manufacture social change or action (for example Emile Durkheim), whilst others think of them as self-contained events with little wider bearing. Make up your own mind as you listen to the programmes. 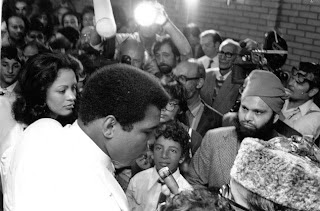 I'll be floating like a butterfly, stinging like a bee right down to the Baltic on Gateshead waterside on Wednesday for the opening of a new exhibition 'Last of the Dictionary Men'. It's a ground-breaking insight into the lives of the local Yemeni community, including film and photographs designed to express some of the experiences of the area's first generation migrants. The complexities of the experience of immigration are of great interest to anthropologists so this should be a fascinating collection, not least because they will also be screening a documentary about the little-known marriage of Muhammad Ali in a Tyne & Wear mosque - The King of South Shields. The Baltic is open every day except Tuesday until 18.00 and entrance is FREE.
Posted by Lucy at Wednesday, March 26, 2008