Today I'm making my first Pocketvisions appearance of 2008, to watch 'Maybe Buenos Aires' in the Stevenson Theatre at The British Museum. It follows the journey of one Argentinian, Luis Caro, who has twice experienced exile from his homeland - once because of political unrest, and once through choice. Using Caro's life story as a background, the director traces many of the events that have occurred in and around Buenos Aires over he last 25 years, in an attempt to understand the balance of power between the people and the leaders. The showing begins at 16.00, is followed by a Q&A with the director as well as Professor Fred Halliday from the London School of Economics, and entrance is FREE.

On Friday I'm unicycling down to the Southbank Centre for a new exhibition called 'The Culture of Laughing' that opens today and runs until mid-April. Using a hilarious combination of video, photography and interactive exhibitions, the collection investigates whether humour is transferable across cultures. With 30 artists from all over the world contributing, the curator argues that whilst laughter is universal, humour is socially specific -and wants visitors to see if they can find amusement on foreign jokes without specific social knowledge. Look out for a German clown in the Brazilian rainforest, and some slapstick belly dancing...
Entrance to the exhibition is only £4 for students (£7 full price) for the first few weeks so get down there soon.

On Saturday I'm going to have a look at the assortment of short anthropological documentaries from last year's students on the MA in Visual Anthropology at Goldsmiths, which has just been put online. Highlights include an intimate study of people with obsessive compulsive disorder related to collecting objects - Possessed - and a look at the social community of London's Chinatown - We Keep Quiet. All the films are around twenty minutes or under, so it's a good chance to see a wide range of films without having to spend too much time doing so. 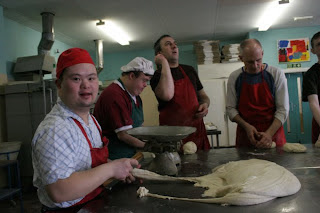 On Sunday I'm going to research a film made by a visual anthropologist that has just been selected to go to the prestigious Sundance Film Festival. Yasmin Fedda studied social anthropology at Edinburgh University, then took an MA in Visual Anthropology at Manchester University, where she made a film about a monastery in the Syrian desert. Her latest film, Breadmakers (click the link to watch it online), is about a bakery in Edinburgh staffed entirely by people with learning disabilities. It is particularly interesting to read her comments about how she approached the filming - using mainly observational techniques - aiming to ensure that it portrayed the characters in the most responsible way possible. You can read more about the filmmaker here, and she also has a blog about the film and where it is screening here. On Monday I want to book myself in for a seminar occurring tomorrow (Tuesday) that is being held at the University of Sussex between 12.30 and 13.55. It is part of a series of lecture organised by the 'everyday anthropology' organisation Massobs, and this session focuses on a 'life history' project being undertaken in the town of Newhaven. It is designed to establish whether the recording of an area's history can be beneficial to the regeneration of a town. The seminar is in the Pevensey Building 1 2A2 on the ground floor, and it is advisable to contact S.J.Carroll@sussex.ac.uk or M.Jolly@sussex.ac.uk if you wish to attend 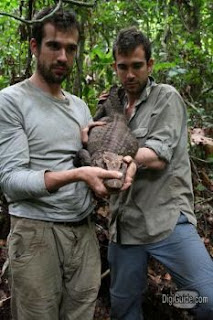 Tonight I'm going to watch the second episode of the a new series on Channel 4 called Medicine Men Go Wild. It follows two identical twin British doctors in their investigations of indigenous medicine in various different communities around the world. Despite the slightly silly title, the programme retains a good balance between respect for other cultural forms of medicine, and what they can contribute to western understanding. Tonight's episode is about how people use the mind to endure extreme pain, concentrating largely on the body piercings that devotees undergo at the Hindu festival of Thaipusam in Kuala Lumpur. The programme starts at 21.00 on C4, and if you miss it you should be able to download it soon on 4 on Demand. 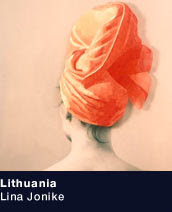 On Wednesday I'm going to don my glad rags and check out a new exhibition about 'Cloth and Culture' that has just opened at the Sainsbury Centre for Visual Arts at the University of East Anglia. It draws on the work of artists from six different countries who look at the role of textiles in peoples' personal lives and also in wider society. Clothing has been studied over the years by several anthropologists, who have looked at everything from its varying status for transvestites, to the importance of wastebeads in defining the identity of Ghanaian women -in fact there is an interesting collection of essays on the subject called 'Dress Sense'. The exhibition runs until June this year, and the centre is open late on Wednesdays until 20.00 - if you miss it then there is also a book about the collection, which you can lean more about here.
Posted by Lucy at Thursday, January 24, 2008