THURSDAY 10th MAY - Art inspired by anthropology in Manchester

An exhibition called: The Uncertainty of Identity: the Biographies of Things, is currently running at the Whitworth Art Gallery in Manchester. The exhibition is inspired by the work of anthropologist Igor Kopytoff and features Jacob Epstein's radical marble figure Genesis. This radical work aroused great controversy - in 1931 it was described as 'unfit to show, a vision of ugliness' by the Daily Telegraph. In 1958 it was bought by Tussaud's Waxworks on Blackpool's Golden Mile to show 'the horrors of modern art'. Since 1999 it has been part of the Gallery's permanent collection. The exhibition explores how the identities and meanings of art objects such as this are not fixed but rather take their meaning from the contexts in which they are exchanged/used/displayed.

Starting today there's a really exciting festival of world culture going on in several venues around London, including the Institut Francais, the Ritzy Cinema and Greenwich

Picturehouse. Mosaiques 2007 is a mixture of documentary and feature film, talks, discussion and even a Balkan music/electronica night. Full details are here.

On Saturday you might like to book a place at the Wales Anthropology Day, an anthropology taster day held at the University of Wales, Lampeter on the 22nd June. Full details are on their website and workshops will include everything from the anthropology of humour to the Scottish Beltane Fire Society. Staff from the BBC Wales series Tribe will also be there to give a behind the scenes look. 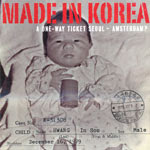 As part of the festival mentioned above the Ritzy Cinema is screening "Made in Korea: -A One-Way Ticket Seoul-Amsterdam?" by Documentary maker Soo Radstake who was one of 5,000 Korean children adopted by Dutch families in the 1970s. The film documents his search to reconnect with the other Korean adoptees on board the flight that brought him for Seoul to Amsterdam 26 years earlier and which throws up unexpected discovers that leads him to question his Dutch identity. The screening on Sunday is followed by a Q and A with the director.


MONDAY 14th May - student films on the net

TUESDAY 15th May - Anthropology and Food! 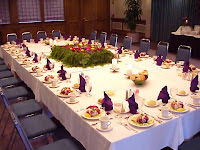 On Tuesday you can go to a public lecture at the University of Cambridge on the anthropology of cooking! Richard Wrangham, Professor of Anthropology at Harvard University is giving a talk called "The Mind of the Cook: why we eat so nicely." This is part of a special lecture series called "The Natural Cook: a theory of Human Evolution." 5-6pm, Seminar Room, Overwhelm Centre for Human Evolutionary Studies, , the Henry Wellcome Building, Fitzwilliam Street, Cambridge CB2 1QH. For more info see: www.talks.cam.ac.uk 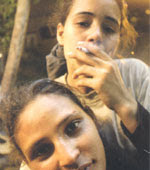 Another film from the Mosiaques 2007 festival of world culture. "These Girls" by Tahani Rached follows a band of girls living on the streets of Cairo. Previously shown at the Cannes, Toronto and New York film festivals. Screening at the Roxy Cinema in London. See the Mosiaques website for more details.

A series of anthropology films are soon to be shown at London's Roxy Bar and Grill, near Borough Market as an encore to the London International Documentary Film Festival held at the British Museum in March. The first one will be on the 21st May. More details coming soon, but for the moment have a look here.
Posted by Lucy at Thursday, May 10, 2007