Many an anthropologist may think the life of the tech-savvy businessmen of today couldn't be further away than that of hunter-gatherers, as described in many an ethnographic study. However, today I'll be having a read of an article that argues that the Generation XYZers who work in the digital age have many similar tendencies in the way they live their lives. These 'Cyberforagers', according to author David Berreby, work intensely for brief periods, prefer a good work-life balance and aren't fond of hierarchy - similar to hunter-gatherer societies on the other side of the world. It's an thought-provoking piece of cross-cultural comparison - make up your own mind whether you agree... 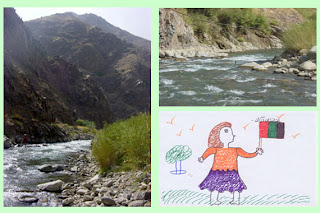 Today I will be passing my time at a deeply affecting exhibition at the Wellcome Collection, North London called 'War & Medicine'. It takes a look at how medicine has had to adapt to the increasingly sophisticated weapons used in warfare. The material focuses on conflicts from the time of the Crimean War right up to current happenings in Iraq and Afghanistan - and with regard to the latter location you can see some of the work of anthropologist Catherine Panter-Brick, from Durham University. She has been conducting a research project on the mental health of Afghanistani child refugees, and has contributed a group of Afghan children’s drawings on war and their memories and expectations; all part of her qualitative investigations. It's one of few existing studies on youth mental health in a war-affected setting. War and Medicine runs until mid-February and entrance is FREE - opening hours are 10.00 until 18.00.

Last week I mentioned the series of Radio 4 programmes on Charles Darwin, to celebrate the 200th anniversary of his birth. Today, I'll be checking out the specially constructed Darwin 200 website, which is full of resources and information about his work, as well as listing many exhibitions and events taking place around the country all year. For example, there is currently an extensive presentation of his work at The Natural History Museum in London - 'Darwin, Big Ideas' - but you can read about his impact in other parts of the country here, as well as search for other events taking place in your home town. And then you can have an animated discussion with someone about whether nature trumps nurture...


SUNDAY 18TH JANUARY - Where no man has been before? 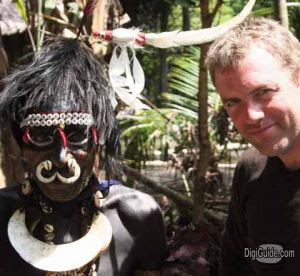 Youtube has a massive amount of material related to anthropology available - watch out in coming weeks for more links - so today I'll be checking out the BBC series from last year that has been uploaded called 'First Contact'. It sought to document the phenomenon of 'ethnotourism' and investigate how and why travel companies are selling experiences for tourists where they are able to visit 'uncontacted' tribes. Some of the commentators in the programme are anthropologists who debate the ethical problems with the commercialisation of 'remoteness'. Of course the very making of the BBC film itself could be considered to be caught up in the dilemma it critiques - by filming the 'first contact' does the director become implicated himself....?

On Monday I thought I'd venture over to the Ethnographic Museum at University College London, where around 3000 artifacts lie in their main collection. They include the art, technology and material culture from a wide array of civilizations, including items such as jewellery, Maori cloaks and even pipes. The Museum is an exclusive one - visits are by prior appointment only with the curator, and usually need to be for a research or educational purpose. However, once inside it is well worth the effort, if only for the nuit carved bone eye shades from early 1800's!

TUESDAY 20TH JANUARY - The Best of the Rest 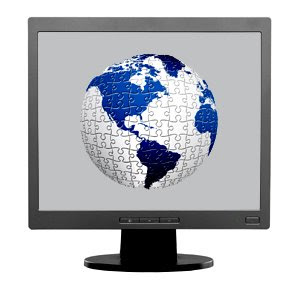 In my final installment of web-nostalgia for anthropology that appeared on the internet in the year just past, today I wanted to read through and check some of the links from the Neuroanthropology blog's review of the 'Best of Anthro Blogging 2008'. Divided into seven categories (Public Relevance; Anthropological Vision; Being Human; Controversy, Commentary and Critique; Empiricism and Scholarship, Language; Blogging) it gives a rundown of some of the highlights of the last 12 months. Most interesting perhaps is the first section, featuring pieces that have in some ways raised the profile of anthropology by commenting on matters of public interest. It includes a link to an article about the work of an 'anthropologist' employed by the US army as part of their highly controversial Human Terrain System in Afghanistan.

On Wednesday I'll be listening again to the sweet sounds of Thinking Allowed, which this week hosted a lively discussion on moral relativism. One of the main guests on the programme was Henrietta Moore, Professor of Anthropology at LSE - who has just published a book on the subject with two other academics, a lawyer and a sociologist. Relativism - i.e. the belief that different social and moral rules can apply in different societies - is a thorny issue in anthropology, since when taken to its logical extreme, it can potentially be used to justify pretty unpleasant abuses of 'universal human rights'. As always, it's a balancing act between understanding difference, whilst not excusing all behaviour just because it is the product of a particular social situation. This debate helps with that very dilemma. (The Thinking Allowed website has also had an overhaul and you can now view past episodes by handily divided thematic bookmarks...)
Posted by Lucy at Wednesday, January 14, 2009