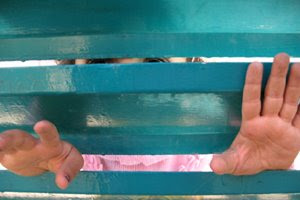 This week begins with the book launch of a text called 'What kind of Liberation? Women and the Occupation of Iraq'. Organised by Open Shutters, an participatory media organisation, the book is a collection of written testimony and photography produced by Iraqi women in the time since since the US invasion. It aims to examine the invaders' rhetoric that their presence would improve the rights of the average Iraqi woman. It should be an interesting evening, as anthropologists are also often keen to investigate the discrepancies between what is said and what is 'real'. The evening features selected slides and spoken word from Open Shutters, a discussion and Q&A with some of those involved, and a drinks reception. It goes on between 18.30 and 21.00 at the Brunei Gallery in SOAS, and entrance is FREE. For more information you can contact N.S.Al-Ali@soas.ac.uk or telephone 020 7898 4547.

Today I'm planning to listen again to a radio series that was broadcast on Radio 4 this week. Darwin: In our Time was made to commemorate the 200th anniversary of Darwin's birth, and the 150th anniversary of the publication of The Origin of the Species. Evolutionary anthropology is a major sub-field of the subject, and the nature-nurture debate is one that still rages within anthropological, not to mention, wider circles. So this series of programmes, which takes a biographical look at the way Darwin's theory was put together, is of great interest whatever your specialisation. The episodes will be available on the iplayer for the next week. 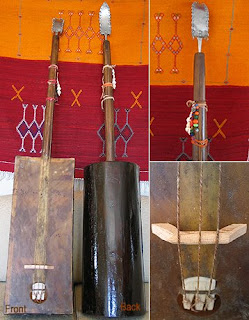 Come the weekend, I'll be revisiting the 'Moroccan Memories' season that I mentioned on the blog before Christmas. It's an oral and visual history project that aims to highlight the presence of the Moroccan community in the UK (dating back to before the 19th century!). The collection has now left London and is on a tour of the country. Over the next few days it will be in St.Albans, and events include several film screenings as well as a music workshop being given by Mustapha El Moumni. El Moumi grew up in the desert of South Morocco, renowned for its music of great rhythmic intensity, and over the years he has accompanied some of the finest Gnawa musicians. Everything takes place at the Town Hall, St Peter's Street, in St.Albans - open today between 10.00 and 18.00 - you can view the full schedule for the exhibition's tour here. 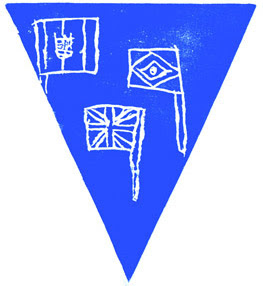 There's an exciting new exhibition at the Museum of Childhood in East London that has just opened, called 'Home and Away'. However, it's not a collection of images from the infamous Ozzie soap opera - much more interestingly it 's an exhibition based on the research of two Sussex anthropologists (Katy Gardner and Kanwal Mand) who have been working with a group of British Bangladeshi children from East London. They have been trying to question the stereotype that British Asian children are "caught between two separate cultures in two separate places" - in fact it seems as they see both places as both 'home' and 'away'. The exhibition runs until the end of March and admission is FREE.

It's a Monday, and it's also still the season of New Year's resolutions, so today I'm going to look into the many part-time anthropology courses on offer at Birkbeck University in London. As you will see from the course list page, there are plenty of

opportunities, with short courses available (normally around 16 weeks) to study the subject in connection with religion, tourism, architecture, morality and many others. Several of the courses have new cycles starting later this month, such as 'Anthropology, Development and Tourism', which comes in at a reasonable £150 for 16 sessions if you are eligible for a concessionary rate. So if one of your intentions for 2009 was to become a little more versed in the anthropological ways of the world, here's your chance...

Time flies when you're an anthropologist about town having fun, and so it appears that the next biennial RAI Film Festival is already on the horizon. This year it is in Leeds, and the underlying theme of the festival (and the subsequent conference) will be 'Emotion in Motion: The Passions of Tourism, Travel and Movement'. The website has recently been launched, and contains plenty of information to whet the appetite, including more information on the seminars and panels that will accompany film screenings, and also details for submissions - January 15th is the deadline for all you film-makers... 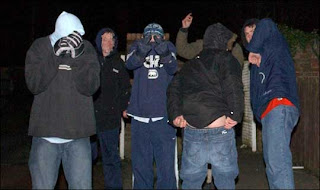 Today I'm going to listen again to a recent Thinking Allowed that was aired all about gang culture, and investigating whether it is only a contemporary social phenomenon, or one that has been about for much longer. Included on the panel was Tara Young, who is currently undertaking fieldwork with young gang members to try and understand why people become members. They also discuss whether we can learn anything from the history of the 'hoodie' in order to manage the issue better nowadays. There's also an interesting brief youtube film from a lecture by anthropologist Neil Whitehead about violence, with his interesting take on how the opposing forces in a violent situation are in a 'social relationship' - you can even study the subject as an MA at Sussex...
Posted by Lucy at Wednesday, January 07, 2009