THURSDAY 22ND JANUARY - Back in time in the East

This evening I'll be heading across to the latest exhibition at SOAS University's Brunei Gallery, called Vintage Singapore. Focusing on the development of the region in the period after World War II, the collection looks at how Singaporean ways of life changed in areas ranging from housing to industry to food. By viewing the past, it attempts to highlight certain social and cultural aspects that still remain integral to Singaporean

identity today. It's an interesting look at how ideas of 'nationhood' are formed, something anthropologists often look at. The gallery is open between Tuesday and Sunday from 10.00 to 17.00 and admission is FREE. 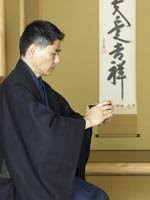 It's a source of eternal debate as to how you should make the perfect cuppa', so today I'll be learning how the Japanese do it during a free demonstration at The British Museum. 'Way of Tea' is a exposition of the Japanese tea ceremony, which has been carried out for centuries - and takes place amidst the Japanese Collection at the museum, containing hundreds of fascinating objects from the country - as well as information about how those objects and Japanese culture are intertwined. There are two FREE sessions today, beginning at 13.30 and 15.00 in Room 92 - you can just turn up to learn more. Now should I put the milk in first or second...? 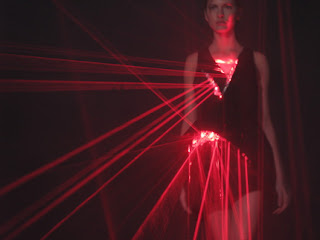 Donning my finest attire, today I'll be at the Design Museum in London perusing the latest exhibition on show from fashionista Hussein Chalayan, who claims to fuse anthropology with culture and technology in his work, instead of merely mimicking celebrity trends. This latest selection includes includes furniture that transforms itself into garments once it is worn... not for nothing has he been called "fashion's deepest thinker"! Where the anthropology comes in I'm not quite clear for the moment, though this article about a previous exhibition does go some way to shedding light on the matter. The collection runs until mid-May and costs £8.50 for admission, or £5 for students. Get on the catwalk. 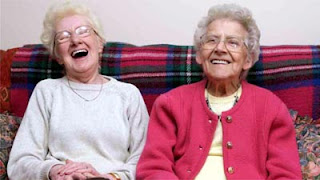 On Sunday it's another chance to view some interesting material on the iplayer, when I'll be watching a documentary that recently appeared on BBC Northern Ireland. The Fountain, directed by Alessandro Negri, is an ethnographic film-of-sorts with its look at one of the last existing Protestant communties in West Londonderry. Over recent decades, it's been the centre of much migration but the film-maker focuses on the older generation who retain substantial pride in the location's cultural significance, and try to retain it through music and dance. You can view a trailer of the film here, but remember that the film will only be online for a few more days.

MONDAY 26TH JANUARY - No man is an island

Today I'll be down at the National Maritime Museum navigating a course through 'Endless Dreams and Water in Between'. It's an exhibition that depicts the manner in which maritime culture has developed over the years, and how that culture has been represented (and misrepresented)... Made up of film, artefacts and installations, the visitor is also encouraged to think about the way islands affect our understanding of our own place in the world. It's a poetic and novel look at some topics that are often of interest to the anthropologist - and about a group of people - those who live and work on water - which is rarely discussed. If all that whets (boom boom) the appetite, then you could have a look at this rather mouth-watering volume also. The Museum is open from 10.00 until 17.00 daily and the exhibition runs until mid-March. 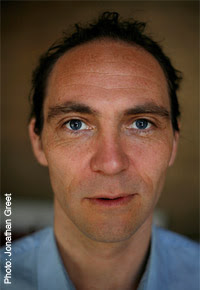 'Weird and wonderful' on offer today with the first installment of the "Ecology, Cosmos and Consciousness 2009 lecture series" at the October Gallery, which features psychologist David Luke talking about "Death, and the God of a thousand eyes". He will be discussing the experiences people have with paranormal beings - whether it be due to sleep, drugs, impending near-death or just a run-of the-mill vision - and what they can tell us about someone's personal and societal background. The talk promises to cover 'folklore, mythology, neurochemistry, magic, shamanism (an anthropological favourite), the Luciferian witch cult, brain anatomy, Tibetan demonology, the pineal gland, art, the Reg Veda, psychoactive toads' and much more so should definitely be worth the £7 entry fee (£5 for students). The event begins at 18.00 (for 18.30) and booking ahead is recommended on rentals@octobergallery.co.uk or call 020 7831 1618.

Today marks the 2009 return of ethnographic film-screening specialist Pocketvisions, when at 20.30 in the Barbican Cinema 3, 'The Tears of Imam Hussein' will be showing. The documentary is about the annual Shiite Ashura Ceremony, which commemorates the martyrdom of Imam Hussein, Prophet Muhammad's grandson. Filmed in the City of Nabatieh, Lebanon in 2006, the film is a telling insight into the ways a specific community honour their martyr over the course of 10 days. Its a good example of a film that uses a localised event to explore grander themes of the ceremony's religious and politcal power across the globe. Tickets are £7.50 if booked online in advance, or £9.50 otherwise.

*Finally a quick thank you to all those who continue to read about Lucy's meanderings - from next week the Anthropologist about Town will be reincarnated as another Lucy - so good luck, keep reading and happy anthropolgizing!*
Posted by Lucy at Wednesday, January 21, 2009