THURSDAY 27TH NOVEMBER - Not a Waste of Time 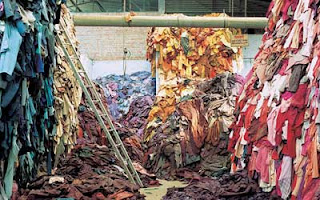 Tonight I'll be back down at the Horniman Museum for an event linked to the India Recycled exhibition that I've mentioned previously on the blog. It's a collection of images that illustrate the journey of clothes donated to UK charity shops, which are recycled and re-sold in the markets of Northern India, and which on the flip side also looks at Indian saris and textiles that are recycled as western fashion items. From 19.00 exhibition organisers - anthropologist Lucy Norris and photographer Tim Mitchell - will be discussing photographs from the collection with photo historian Helen James. It all takes place in the Music Gallery Performance Space and admission is FREE.

On Saturday I'll be spending a tuneful day in the company of those present at 'Musical Anthropologies' Study Day run by the Royal Musical Association. The event is in honour of Georgina Born, an anthropologist and musician, who has just been awarded the Dent Medal for academic achievement. The day is made up of a series of workshops, kicking off for example with a session on "Musical Publics And Spaces: Views From An Urban Ethnomusicology" - you can view a full programme with abstracts here. It lasts from 10.30 until 17.00 in Room N336 at the Valerie James at music@sas.ac.uk.

the findings of American researchers that “The queue is a social system". Apparently, the academics behind the study, who have a background in anthropology and social psychology, have conducted a thorough survey of U2 concert queues and come to the conclusion that the fact most fans keep their position in the line is because "Any threat to the established queue might create chaos to the whole system and threaten one’s own position". Their work sounds remarkably like a group of fans finding an excuse to go to lots of gigs, but is an entertaining piece nonetheless....read more here... 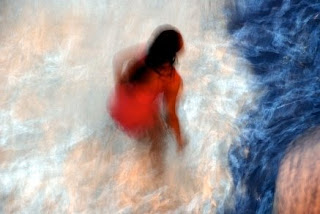 representation and perspective of place and people.If you require more information, or want to get hold of a copy of the book (selling at £19.99) then you can contact: trupti@thetrinitycentre.org
Posted by Lucy at Monday, December 01, 2008