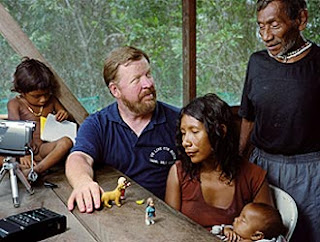 I'll be starting my week listening back to Radio 4's Book of the Week, which is currently featuring five installments from an American missionary's reflections on his life living amongst the Piraha tribe in Brazil. His book, 'Don't sleep there are snakes' is particularly interesting because he went there as a linguist and a missionary, but returned deeply changed by the people he lived with. It's a fascinating example of how one's preconceptions can be deeply changed by the experience of fieldwork, whether anthropological or otherwise. The series also includes original sound recordings from his time in the jungle, and there are a selection of photos about the community here. 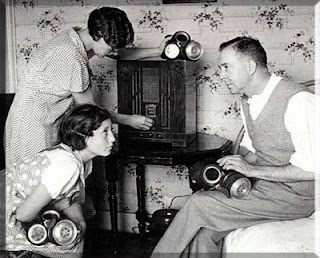 Tonight I'm going to listen to the final episode in another radio series that has been running this week. The Essay, on Radio 3 at 23.00 has been focusing on anthropology, with a series of programmes entitled 'The Lives of Others'. Each night has featured a different anthropologist talking about their work, from Maurice Bloch on Madagascan campfires, John Gledhill on studying the Mexican Zapatistas to Rebecca Cassidy on the social life of betting shops. The programmes are fantastic for their concise and clear introductory approaches to the subject, drawing on a diverse range of intriguing examples. you can listen again to all of them online.

If you've got an empty day today why not have a look at some of the latest batch of films produced by students on the MA in Visual Anthropology at Goldsmiths. Ranging from an experimental documentary about communal exercise in China - 'In motion' - to a portrait of a blind shepherd in Ireland - 'Happens to be Blind' - you will find the films a good cross-secton of the kind of subjects and themes anthropologists investigate. You can also watch films and photographic collections from previous years' students, as well as learn much more about the department, on the website. 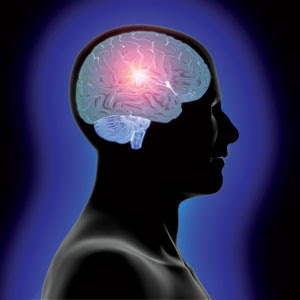 On Sunday I want to check out a new online resource launched by the London School of Economics in collaboration with the Institut Jean Nicod based in Paris. The International Cognition & Culture Institute (ICCI) is accessible to all, and is comprised of a blog intended to provoke discussion as well as a lot of information on the subfield. Cognition and anthropology essentially relates to the relationship between thought and culture, and although it is one of the trickier areas of anthropology to get to grips with, it's definitely worth the thinking time you might need to invest...

The 'We the Peoples' Film Festival kicks off today, with the screening of 23 short films commemorating the etablishment of the Universal Declaration of Human Rights in 1948. The festival exists, in collaboration with the UN, to draw attention to many 'development' issues occurring around the globe. The topic of development often intersects with the concerns of anthropology and anthropologists, so the films showing over the five days should definitely be worth viewing, ranging as they do from the Kosovan 'freedom train' to the stories of Ugandan child soldiers. Many of the films are screened at universities and are FREE admission. See the website for a full programme.

This afternoon I will be going along to a seminar on The Thousand Stars Rift Valley Music Festival, being given by film-maker Nico Lewis and anthropologists Ricardo Leizoala (from Goldsmiths Centre for Visual Anthropology). They will be talking about their recent filmic research, in which they have documented the multitude of different ethnic groups represented at the festival, and how the groups come together over the days from very disparate areas. The seminar takes place at 17.15 in Room L67 in SOAS; it is worth getting in touch with Angela Impey (ai6@soas.ac.uk) beforehand if you wish to attend. You can also watch plenty of footage from previous festivals on the website. 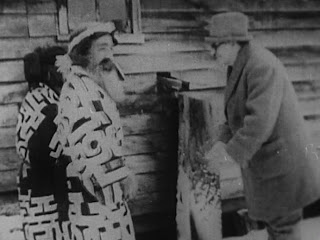 Another fantastic screening 'Upsatirs at the RAI' (Royal Anthropological Institute) today, where they will be showing some films on the Ainu people, using material recorded by Neil Gordon Munro in the early 20th century. Much of this footage is in the RAI archive, including video of the Ainu Bear Sending ceremony, the Iomande. The film is being shown to coincide with a visit from Japanese project partners, and so will be followed by a discussion with Professor Junko Uchida, Kazuo Okada and Ainu representatives Koichi Kaizawa and Shiro Kayano. They are also bringing a recently discovered version of one of Munro's films from the 1930s, and will be discussing the relevance of the films for Ainu people today. The event begins at 18.00 and entrance is FREE.
Posted by Lucy at Wednesday, November 19, 2008