On Thursday I'm going to see Holy Men and Fools, a film made by Mike Yorke, who worked for many years at the BBC producing anthropological films. This feature-length documentary traces the pilgrimage of Hindu ascetics across the Himalayas, and seeks to understand their life of devotion and penance. Mike, who currently teaches visual anthropology at UCL and also sits on the Royal Anthropological Institute's Film Board, will be around for a Q&A afterwards - he is always an entertaining speaker. (You can also see some interviews with him here). The film begins at 18.30 in the Anthropology Department at University College London - for more details you can contact Dr. Paulo Favero on p.favero@ucl.ac.uk 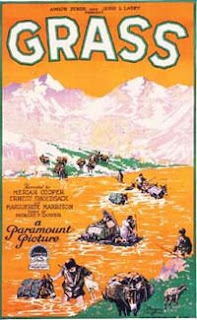 Tonight I'm heading down to SOAS to see 'Grass', a film made in 1924, about the spring migration of the Bakhtiari nomads of Southwest Iran, who traveled between the Khuzestan plains near the Gulf and the Zagros Mountains. The film-makers (who were later made their own version of King Kong!) were on their way to India and came across the Bakhtiari by chance while held up by the uneasy political situation in southern Iran at the time. The film is thought to be one of the earliest 'ethnographic' films, but has been widely criticised for the stereotypical way in which it depicts nomadic culture. It is showing in the Khalili Gallery at SOAS in London from 18.30, admission is FREE, and there will be a Q&A afterwards. 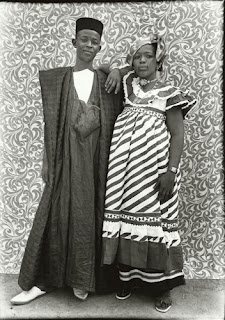 On Saturday I'm heading down to a fascinating exhibition of photographs entitled "Tribal Portraits: Vintage & Contemporary Photographs from the African Continent". It includes over 200 rare images dating from 1865 to the present day, some of which have not been seen for many years as originals. Whilst the techniques of representation employed by the photographers (as always) are up for discussion, they are a stunning collection of images, as you can see from the few examples here. Many of the images were produced by or for anthropologists, and are at Bernard J Shapero Rare Books, 32 St George Street, London W1S 2EA from now until 23rd December....don't miss it.

Another pair of great films showing this afternoon, with the screening of Divorce Iranian Style and the lesser-known Runaway, both directed by Kim Longinotto at the Curzon Soho's Doc Days in London. Longinotto will be hosting a Q&A afterwards, which will no doubt be a chance to find out more about her observational style of film-making, similar to the way many ethnographic film-makers operate. You can watch Divorce Iranian Style on 4docs if you can't make it down, as well as an interview with the woman herself. The films begin at 12.00, and tickets cost £8.

Concentration required to start the week, as today I'll be attending the 2008 Wellcome Lecture, this year being given by Professor Luigi Capasso on the subject of 'Paleobiology of the victims of the volcanic eruption of Herculaneum". Professor Capasso is an expert in Physical Anthropology from Italy, and he will be discussing what the preserved skeletons from Herculaneum (just down the road from Pompeii) can tell us about the physical conditions of Romans at the time of Vesuvius' eruption in 79AD. The talks beings at 18.00 at the Wellcome Collection, in north London, and entrance is FREE. Places should be booked in advance though, by emailing wellcomemedal@wellcome.ac.uk or calling 020 7611 8744.

I'm hot-footing it over to Paris today for pre-xmas minibreak to check out an exhibition that comes highly recommended. 'Native Land', as far as I can tell from my rusty French, is a collection of films that seek to give voice to those people across the globe who have strong ties to their land and do not want to be relocated. It includes testimony from the Yanomani people of the Amazon, who have been widely studied by anthropologists over the last century. You can view a trailer of the main film 'Hear them speak' on the website. Directions to the exhibition at the Fondation Cartier, which costs to enter, can be found here. 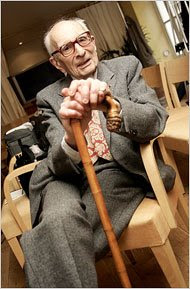 Today I'll be raising a glass to Claude Levi-Strauss, the French anthropologist who was at the forefront of the theoretical movement called structuralism, which flourished in the 1970s. Last week he celebrated his 100th birthday to almost cultish adulation. Structuralism, although now outdated for its overly rigid mathematical rationalisations of society, was important for turning anthropology away from a focus on traditional 'primitive' societies, to look at the complex inter-relationships at the centre of every community. I'll also be sticking around in Paris after my trip yesterday to visit Quai Branly - the Parisian anthropology museum whose structure and layout were inspired by the endeavours of Levi-Strauss, and includes ethnographic objects from his 1930s visit to South America.
Posted by Lucy at Wednesday, December 03, 2008