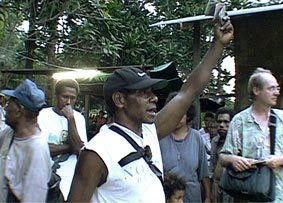 This evening I will be heading down to a film screening at University College London, where they are showing an autumn series of ethnographic films. Tonight 'Ngat is Dead: Studying Mortuary Traditions' will be showing, a film about Dutch anthropologist Ton Otto, who has been adopted by a local family on the South Pacific Island of Baluan. It's an example of how the process of ethnographic film-making can become as important as the film itself in terms of the relationship between anthropologists and their subjects. You can view a clip on this website, and read more about the director here, who will be present at the screening. The film begins at 18.30 in the Archaeology Lecture Theatre at 14 Taviton Street, WC1H OBW - to find out more details you can contact the organiser Paolo Favero on p.favero@ucl.ac.uk. Entrance is FREE. 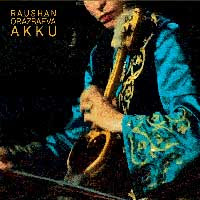 Friday night party zone this evening as I'll be at the 'Qobyz: Spiritual Journeys Through Music' concert at the Royal Academy of Music in Central London. Raushan Orazbareva, no less, will be performing - reputedly one of the world's finest players of the qobyz, a Kazakhstani violin-like instrument, supposedly encompassed by a shamanic aura. It was suppressed under the Soviet regime and has only in the last couple of decades begun to re-emerge as an important and recognisable part of Kasakh culture. Other instruments will also be on show, all of which makes you think how important music can be in cultural identity - you can read more in books like this. The concert begins at 18.30, and you need reserve your FREE place beforehand by emailing sdaukeyeva@yahoo.com. 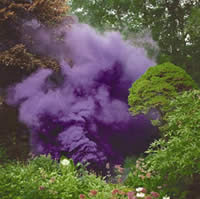 The weekend gets a fiery beginning as I'll be at an exhibition in the Pump House Gallery, Battersea Park, London featuring the ethnographic film 'Smoke', about fish-smoking in a small town in Holland. The film, which is part of the Royal Anthropological Institute's film library, uses archival footage combined with contemporary film to depict the lives of the fishermen's lifestyles on the Dutch coast. It is part of a larger exhibition under the same title all about the presence, and also disappearance, of 'smoke' from UK society! You can catch the exhibition at The Pump Room - entrance is FREE - until 12th December. 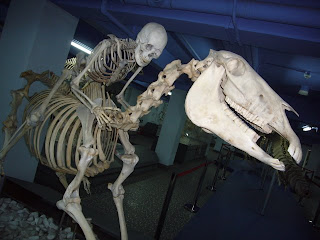 I'll be whiling away the Sunday hours by catching up on a spot of Radio 4's Thinking Allowed. It recently featured anthropologist Adam Kuper discussing a new book about the ways we treat human remains in preparation for display in museums. Together with the book's author, he was discussing how and why museums are now involved in the 'repatriation' of remains to their original communities. Following that, I'll be tuning into the subsequent week's edition, which paid tribute to recently deceased Studs Terkel, the Chicago DJ whose shows operated as a kind of everyday ethnography of the city, through his interviews with ordinary working Americans.

Gillian Tett is an interesting journalist who I;ve mentioned before on the blog - now assistant editor at The Financial Times, she also has a phd in social anthropology from Cambridge University on Tajikstani goat-herders. In a recent article in The Guardian she pointed out the usefulness of the subject to her job, and the financial world in general. Tett thinks that by adopting an overall view of the financial sector - including cultural and social factors as well as economic ones - you can better understand the way it works. Such is the 'holistic' way that anthropologists work... it even enabled Tett to predict the current meltdown long before many other experts. Read it 'with interest'...

TUESDAY 18TH NOVEMBER - Read all about it!

Anthropology is a much more well-known subject over in the USA than it is in good old Blighty, and that is perhaps why an online magazine called Anthronow has just been launched over there. Run by

three anthropologists, it aims to bring anthropology together with the general public by combining the discipline's theoretical observations with more popular topics. Articles in the first issue include pieces about the growth of Chinese cuisine in New York and US culture's obsession with breasts. You can read more about the rationale behind the project here...it will be interesting to see the reception it has amongst anthropologists and the wider public alike. 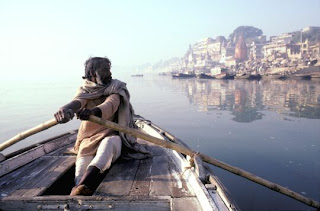 Another great film is showing this afternoon down at SOAS in London. Forest of Bliss, directed by Robert Gardner, has been somewhat controversial in anthropological circles over the years, with debates whether it is 'ethnographic' or not. Although such arguments often become fairly circular, what cannot be doubted is the film-making skill behind the piece, which depicts the Indian city of Benares, a place organised around the rhythms of Hindu funereal ceremonies. The film contains no explanation other than the images on screen, so it is very much left up to the viewer's interpretation of the various metaphors on screen - whether that makes it more or less impressive as a portrayal of the society is something you will have to debate as you are watching. The film begins at 13.00 in the Khalili Lecture Theatre and admission is FREE.
Posted by Lucy at Wednesday, November 12, 2008