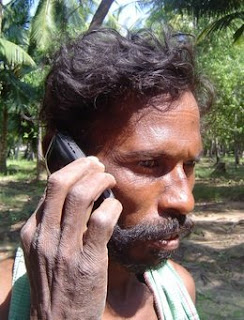 I was surprised last week to hear of an anthropologist gracing the pages of PC World - it just goes to show the breadth of subject matter that anthropology has to offer, and the many different specialisms. Ken Banks studied Anthropology and Development at Sussex University, and has since gone on to investigate the way technology, and more specifically mobile phones, can be used by grassroots organisations around the world to change lives. Anthropology and development are often closely linked because of their common focus on those living on the margins of society, and their partnership can be a positive force in encouraging policy-makers to look at things from another perspective, rather than relying on top-down presumptions. The article, and Banks' website, are an interesting example of how anthropology can help inspire career paths and decisions.

I'm popping over the Irish Sea today for the Festival of World Cultures, which is held annually in the port town of Dun Laoghaire. It's a carnival of music and arts from across the world, including contributors from places as diverse as Algeria, Brazil, China, Ethiopia, Mali, Morocco and

many more. It aims to increase cross-cultural understanding and appreciation, as well, of course as the opportunity to have a good 'craic' at the same time. The Festival runs all weekend, and you can book online - do it fast though as some events are filling up already. There's everything from West African praise songs to performances from Japan's most distinguished geisha...

On Saturday I'm getting nautical and heading over to the National Maritime Museum in Greenwich, South East London. Today is the International Day for the Remebrance of the slave trade and its abolition, so the museum is holding a day of talks, discussion and music entitled 'resistance remembrance renaissance'. First up, beginning at 16.30, a panel of speakers will be discussing the 'cultural legacies' of slavery by looking at the role carnival plays in British society, how World War 1 impacted upon race, and a look at the first female black millionaire. Then, at 19.00, there will be a performance by British jazz trumpeter Abram Wilson and his band, in celebration of the first ever public performance of African American music in the UK (in 1873). The night wraps up at about 20.00, and tickets for the whole thing cost £8 (or £5 for just one of the two sessions) - it's a good idea to book ahead. There's also a series of other workshops going on throughout the day - have a look on the website for more information.

This Sunday provides the ideal opportunity to settle down and leaf through a new anthropological study of 'The Enduring Appeal of the Local', which has just been released by the Social Issues Research Council. It's based on a piece of research originally done in the 1930s when members of Massobs - the 'everyday anthropology' organisation mentioned from time to time on the blog - undertook a 2-year long look at the rituals of behaviour in Britain's pubs. They discovered that pubs were unique in British society for the amount of time and money that British people spent in them, but also and most importantly for the social interaction they offered...not necessarily the alcohol. The new report, which you can read in full online, comes to much the same conclusions and says that humans across the world will continue to meet for a drink, because it offers the basic face to face contact that all human relationships need - unlike relatively new methods such as mobile phones and facebook, for example. Bear in mind that the new report was commissioned by a pub chain when you read it though, - there's a chance it may have influenced some of the conclusions! 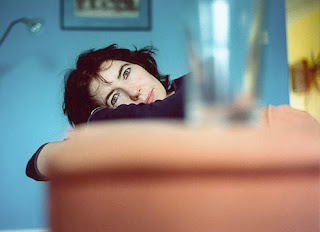 A very early heads-up today for an exciting event taking place next month that is almost guaranteed to sell out. Three film-makers with strong associations with anthropology, some of whose films are housed in the Royal Anthropological Institute's archive, will be present for a discussion on observational film-making. Beginning at 18.30, Kim Longinotto - acclaimed director of 'Divorce Iranian Style (and many more...) will be interviewed by two up-and-coming observational film-makers, including Simon Chambers, director of Every Good Marriage Begins with Tears, which was awarded the film prize at last year's RAI film festival. There will also be sneak previews of Longinotto's latest film. The event is taking place in the impressive setting of the BAFTA building in central London, and tickets, which can be booked online, cost £5 each.


TUESDAY 26TH AUGUST - Standing out in a crowd 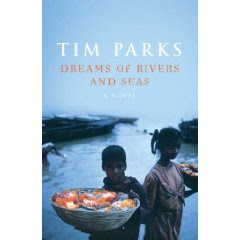 According to author Tim Parks, who claims much of his work is inspired by anthropology, headhunters and pianists are very similar beings. He has just released a novel entitled Dreams of Rivers & Seas, which recounts the reunion of a son and mother, following the death of their father/husband. The deceased man in question had become an anthropologist during his lifetime, and elements of his character are based on the 1930s anthropologist Gregory Bateson, who pioneered a theory of society that suggested the individual's role in shifted according to the networks he/she was caught up in - previously it had been understood as predetermined. Whilst Batseon was studying 'headhunters' from Papua New Guinea, Parks suggests you can see similar things occurring even within families. If you want to know more you can read a review of the book here, or it is available in shops and online now. 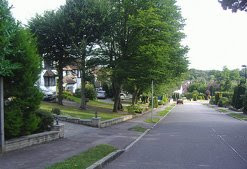 Continuing with yesterday's combination of anthropological 'reality' and imagination, today I'll be listening again to the first two programmes from a mini-series currently running on Thinking Allowed. 'Thinking and Place' looks at the ways in which artistic interpretation of locations, and the lived reality of daily experiences in those places, impact upon one another. The first episode featured a rural ethnographer in discussion with author Joanna Trollope about what constitutes the 'rural idyll' and how desirable that idyll in fact is... This week, it was the turn of the suburbs to come under examination - as social scientists discussed with author Will Self why the suburbs are so popular, yet so often ridiculed. Next week is a live show about imaginations of 'the city', some of whihc will be featured as a video on the Open University's linked website.
Posted by Lucy at Wednesday, August 20, 2008