This afternoon I'm going to wander over to The British Museum for a talk by anthropologist Max Carocci on Native American Weapons: Protection & Magic. He will be talking about how weapons have a long history of cultural meaning in Native American society. Interestingly, such symbols have in recent years also been 'appropriated' by several American sports teams - many an American football fan might brandish a plastic tomahawk for instance - and it is a subject which has also been written about by anthropologists. Dr Carocci conducted his phD research on being gay and Native American in California, so is something of an expert on the area. The lecture begins at 13.15 in Room 27 and admission is FREE.

For the budding film-makers amongst you, this weekend might be the time to start thinking of ideas for a new ethnographic film festival aimed specifically at students. Hosted by the Goldsmiths University Anthropology Society, the ISEFF 2008 is not until mid-November, but the deadline for film submissions is 22nd September which does not leave you an enormous amount of time if you want to get making films. Running over two days, the festival is divided into 'anthropology as service' - looking at how anthropology is being used in non-academic settings, and 'aesthetics of encounter' - about the value of visual ethnographic research. You can download more information about the rules on the website, and if you needed any more incentive there's also cash prizes available... 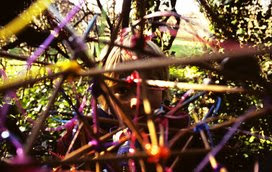 On Saturday I'm going to an exhibition at Tate St.Ives featuring artist Adam Chodzko. Although he doesn't refer to anthropology directly in his work, there is much that it has in common with the subject. This collection, 'Proxigean Tide' is a retrospective from his career, which has often focused on the rituals and cultural practices of people on the margins of society. By reflecting artistically on these social spheres, he makes the viewer reconsider their own relationship to life, which can often also be the outcome of anthropological research. The exhibition is open daily until 21st September, between 10.00 and 17.20, and entrance costs £3.75 for students. You can also view a filmed interview with Chodzko here.

SUNDAY 17TH AUGUST - Resistance is not so futile

A fine read on the cards for today, as I'm going to learn more about a text recounting an anthropologist's adventures around the globe organising and participating in anti-globalisation protests. 'Resistance' is usually a key section of study on any undergraduate anthropology degree, so 'Networking Futures' should be a fascinating look at a fairly abstract part of society. The author, Jeffrey Juris, particularly looks at the way political activism has developed using technology to avoid hierarchy and operate efficiently without much money, as well as giving many examples of the kinds of people who make up these networks. The book is available to buy online, though is only directly on sale in the US at the moment.

Some time ago on the blog I mentioned the documentary film Metal - A Headbanger's Journey, which followed a Canadian anthropologist and heavy metal fan's investigation into the subculture and community of heavy metal. The film provoked such a wide response that Sam Dunn - the anthropologist and director - has decided to make a follow-up about metal music in some places less renowned for their love of the genre. If you've ever wondered what the difference is between Indonesian death metal and Iranian thrash metal is, then Global Metal is the film for you. You can find out more about screenings on the film's website and also view a trailer here. 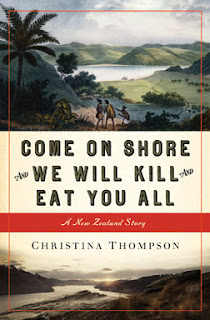 Today I'm going to 'tuck into' a book that has just been published, bluntly entitled "Come on shore and we will kill you and eat you all". It's a fascinating blend of a love story, travelogue and anthropological fieldwork....of sorts. The author, Christina Thompson, is a respected anthropologist, who married an indigenous Maori over twenty years ago, and has as a result become fascinated by 'contact encounters' or the interaction between people from entirely different communities. The book recounts how she has analysed her husband, and their relationship, over the years, and takes its title from Darwin's exclamation when he arrived in New Zealand in 1835, with a rather scared and stereotypical attitude towards the locals. The book is available to buy online and you can read a review here.


WEDNESDAY 20TH AUGUST - The reason behind the rhythm

I'm going to end the week with a bit of a boogie down at the Horniman Museum, for a session that's part of their ongoing series of summer dance events. 'Merengue with Mandacaru Dance Theatre' is a lesson in the merengue dance form from the Dominican Republic. As well as being a good opportunity to learn a few new moves, it is also a good example of the role dance can have in society, and how we can often learn more about a community through their cultural performances. It is said that the steps to the dance originated on the island's plantations, when enslaved people, who cut sugar cane to the beat of drums, were chained together and so were forced to drag one leg. Intriguing stuff - there are two sessions from 14.00 until 14.30 and 15.00 until 15.30, and admission is FREE. You can also study the Anthropology of Dance at Roehampton University - clink here for more details.
Posted by Lucy at Wednesday, August 13, 2008