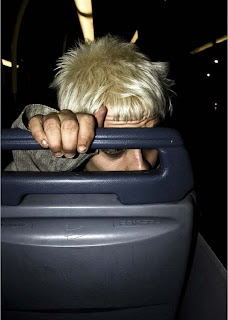 Today I'm going to the launch night of an exhibition called 'Working London' at The Gallery in Willesden Green, Northwest London, . Featuring the work of four different artists, it takes a look at the working lives of people in the capital right across the spectrum. Labour has always been an important topic in anthropology, largely because it has such an important impact on how the rest of our lives and society works. The exhibition runs until the end of the month and is open daily between 14.00 and 18.00, except today when the launch begins at 18.00. Admission is FREE - if you want more information you can call the curator on 07919 520 320.

A return to the LIDF Encore today, in association with Pocketvisions, as I'm off to the Roxy Bar & Screen in London Bridge for the showing of two films. The first is 'Are you Happy?', made in Iran, in which the film-maker went into the houses of various different people from distinct sections of Iranian society and posed them the very simple question of the film's title. It's inspired by Chronicle of a Summer, directed by Jean Rouch in the 1960s, and one of the most famous ethnographic film-makers of all time, in which he used the same approach to ask people in Paris about their lives. The film is followed by Feminin Masculin, a short film about the first female bus driver in Tehran - you can also view it online at the excellent 'Why Democracy?' website. The films at the Roxy being at 18.30 and entrance is FREE.

I mentioned Professor Susan Brownell on the blog some months ago, but since the Olympics begin today I thought I'd flag up a quick update. She is an American anthropologist undertaking research in Beijing on the wider role that sport plays in the body politic and culture of China, particularly in relation to the imminent Games. In the last few months her book on the subject, 'Beijing's Games: What the Olympics mean to China', has been published and you can read sample chapters of the text online. Sport and anthropology is still a relatively small, but growing, area of work - surprising perhaps given its prominent place in our society, However, there are a few other books about on the subject, and you can study modules that link the two fields on, for example, the BA in Sport at the University of Durham.

This Sunday I thought I would check out a fantastic resource that's available down at the British Film Institute on London's South Bank. It's called the Mediatheque, and has an archive of a wide selection of films from the BFI's National Archive. I've mentioned it before on the blog, but the assortment of films available for viewing are constantly changing - and the breadth of subject matter is so great that it's an interesting place to learn a little more about a certain aspect of society, or even to 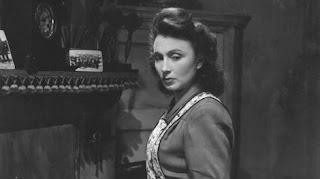 begin a research project. At the moment, highlights include films shot in pre-1950s Tibet before it was taken over by China - The Search for Shangri-La, , and Housewives' Choice - about the lives of British women in the home between 1920 and 1950. The Mediatheque is open from Wednesday to Sunday between 11.00 until 20.00 (with the exception of Tuesday mornings) and is FREE to use.

Today it's my regular listen-again session to an episode of Thinking Allowed - last week it featured anthropologist Adam Kuper in discussion with the author of a new book on a cultural history of cleanliness - entitled appropriately enough as 'Clean'. The book looks at the history of personal hygiene from pre-historic times right up until the present day, including several detailed looks at the 'rituals' of personal grooming. The programme also features a sociologist presenting her research on the gambling habits of women, and how their betting influences their wider lives. So if you fancy having a wager on the next time your housemate might actually do some cleaning up, this is probably the radio show for you... 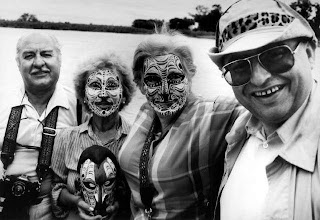 On Saturday I'll be putting my feet up and relaxing in front of 'The Thirties in Colour', a television series recently shown on BBC4 and now available to view online using the iplayer. It focuses on the first colour films made (only by by those wealthy enough to afford the expensive past-time), and how they saw the world around them, both domestically and in faraway places. Many of their observations are steeped in the perspective of the day, with a very superior view of the 'exotic tribes' they saw on their travels. Yet for the early images alone the films are fascinating for their representation of the interaction between westerners and indigenous peoples. For an alternative point of view, you could also try getting hold of 'Cannibal Tours', an excellent ethnographic film that investigates the prejudices of those who embark on invasive tourism - the film's tagline is "There is nothing so strange in a strange land, as the stranger who comes to visit it'. 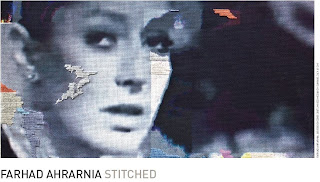 A new venue to visit today, when I'll be heading to Leighton House in West London - the former home of a Victorian artist. The Royal Anthropological Institute has hosted exhibitions there in the past, and starting this afternoon is 'Stitched' by Iranian artist Farhad Ahrarnia, whose work, much like anthropology, aims to expose the relationship between surface-level perception of people or groups and what lies beneath. There's a talk about the new collection at 15.00, and it is also well-worth browsing the rest of the house's contents, many of which date from Lord Leighton's travels in the Middle East (for a virtual online tour go here). The Museum is open daily, except Tuesday, and entrance costs £3, or £1 for students.
Posted by Lucy at Wednesday, August 06, 2008