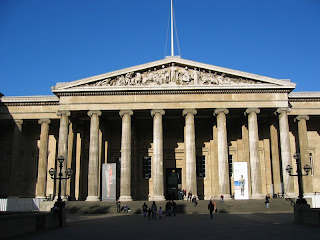 Today I am heading to the British Museum to go to one of the most extensive anthropological libraries in London. The Centre for Anthropology is located at the back entrance of the British Museum. It holds more than 120,000 books and 4,000 journals and very large picture collection. Every aspect of anthropology is covered: biological anthropology, material culture, forensics, anthropology of tourism, to name but a few. The collection also spans the whole world but has particularly strong coverage of the Commonwealth and the Americas. The library is open to the public for reference and research purposes. For more information and opening hours take a look here. 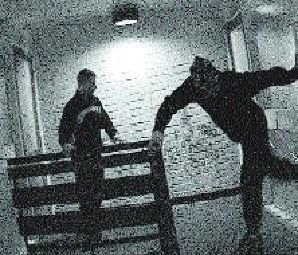 David Kennedy is a Professor in the anthropology department of John Jay College of Criminal Justice in New York. Through his fieldwork and ethnographic research Kennedy has come up with an innovative programme called Ceasefire to decrease street crime. His programme has been taken up in Scotland with positive results. According to this article in the Guardian, Ceasefire is unique in that it calls for cross-disciplinary collaboration between social workers, educators, police, professionals and academics, as well as evoking a policy in which an entire gang has to face consequences of a single member's actions. To find out more about Kennedy's work take a look at this article he wrote for the Washington Post. 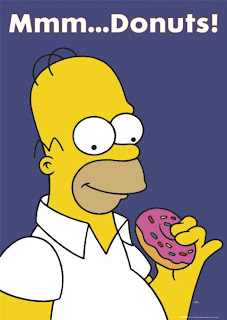 Doughnuts- everyone loves them... Homer Simpson, police, my family. Doughnuts have entered American culture in a variety of ways: as food, as comedic elements to characters in visual media, as symbols of unhealthy lifestyles, or brands for corporate marketing campaigns. Anthropologist Paul Mullins has taken analysis of these deep fried goodies to an unprecedented level. In his recent book Glazed America, Mullins looks at the social, economic and cultural history of the doughnut in America, and reflects on the ways in which the dougnut industry and consumption patterns are connected to nationalism, migration in cities and food pathways. Take a look at Mullins video to find out what inspired him to write his book.

What exactly is fieldwork? what do anthropologists do when they are out in the field and how do they go about doing it? While browsing anthropology films on YouTube I came across an excellent film produced for MIT's Anthropology Programme. The film is called Doing Anthropology and it follows the journeys of three anthropologists as they explore various research topics: Haitian social services in the US, artisan cheesemaking and Marine Biology, and take part in fieldwork. The film gives a very good indication of what participant observation is about, problems of representation and what fieldwork allows anthropologists to discover in order to add depth to their research.

The RAI's Education Outreach Programme has just launched a new Facebook group called Discover Anthropology. Anyone can join the group (as long as they are already on Facebook, if not you will have to join Facebook in order to become a member). The aims of the group are to update people on upcoming RAI activities, competitions, and publications and more importantly, to encourage people to share their own anthropological ideas, projects and events and keep the RAI informed of their activities in order to increase collaboration. If you are on Facebook already, come and join us and be part of this growing anthropology outreach network! We would appreciate your help in spreading the news of this Facebook group and forwarding this message to any of your friends, colleagues or students who might be interested in joining.

Today I am heading to the Pitt Rivers Museum to see a photographic exhibition of Central Asia. The photographs have been taken by award winning photographer Carolyn Drake. The exhibition takes a particular look at Carolyn's documentary work in Tajikistan and Uzbekistan. Carolyn has done work which has been supported and recognised by international organisations such as UNICEF and National Geographic. She has a wonderful photographic essay which you can see here, which takes a look at life in the Ukraine. Her ability to capture unique moments of what it means to be human, makes her work particularly interesting to anthropologists. 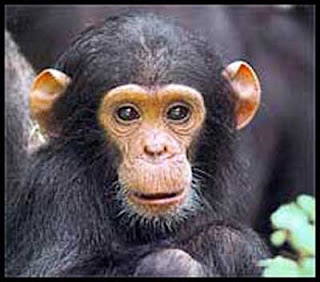 According to Anthropologist Micheal Wilson, there are many factors that may be influencing the decline of chimpanzees in the wild: hunting, loss of habitat, or disease. A recent study has found a striking similarity between a virus that is currently suspected to be killing chimpanzees at an alarming rate, and the virus that first infected humans with HIV. 'The discovery of the disease may help doctors come up with better treatments or a workable vaccine for humans'. To find out more about the study and Wilson's work take a look at this article.
Posted by Lucy at Wednesday, July 29, 2009