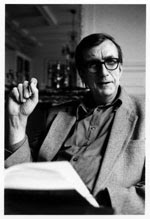 The time of year has come again for one of the Royal Anthropological Institute's flagship events - tonight sees the Henry Myers Lecture, which is being given by the eminent French academic Professor Bruno Latour. He will be discussing; 'What good is it for man to gain his soul, yet forfeit the whole world?". Latour mixes anthropology with philosophy and is perhaps most well-known for his analysis of how science and and scientific experiments are socially constructed - 'facts' are createdout of a web of political, economic, cultural and other considerations. He also has a useful website with many resources, including this slide show of a previous talk. The lecture begins at 17.30 in the Stevenson Theatre in The British Museum, immediately after the Institute's AGM (16.30 - all comers welcome to this too), and admission is FREE. There will also be a reception following the lecture.

If controversy is your cup of tea, then you might be interested to watch this filmed interview with the American anthropologist David Graeber. He recently left his position as an academic at Yale in the USA under murky circumstances. No-one really knows why, but it is suspected it may have something to do with his self-proclaimed status as an anarchist. The extent to which anthropologists should become involved in the politics of their study is a long-debated bone of contention amongst practitioners, but Graeber's treatment does seem unusually harsh. The good news for students of these shores, though, is that Dr.Graeber now teaches at Goldsmiths in London. You can read further interviews with him here, and also by following the links at bottom of his wikipedia entry.

In association with the 2012 Olympic Games, London is also hosting a Cultural Olympiad, an ongoing endeavour to engage people in culture and learn about the activities of many different communities across the UK. This weekend many of

the venues and people involved in the Olympiad are hosting an Open Weekend - an opportunity for people to find out more about what's going on at the beginning of the project. One such event is the opportunity to see Afroreggae, who I've mentioned on the blog before, in performance for FREE, preparing for their evening show at the Barbican Hall. The show begins at 18.00 - to find out more about the band you could also get hold of the book 'Culture is our Weapon' co-written by Patrick Neate, who studied anthropology at university. 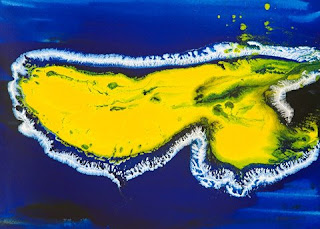 On Tuesday I'll be back down at the October Gallery in Central London for their current exhibition, 'Our Life...our land...is culture'. It is the work of Samantha Hobson, an young Aboriginal artist whose pieces are inspired by traditional Aboriginal beliefs, as well as the harsh social conditions often present in isolated Aboriginal communities. The idea of the October Gallery is to show art inspired by, or created within other cultures, so it often has events of interest to anthropologists. Hobson's work is showing until 11th October and the gallery is open from Tuesday until Sunday, between 12.30 and 17.30 - entrance is FREE.

MONDAY 29TH SEPTEMBER - Down the Amazon

It's about time I settled down to watch some of the new series, Amazon, on BBC2 tonight. Whilst not explicitly anthropological, the programme is presented by Bruce Parry (from the very successful Tribe) traveling down the mighty South American river and engaging with the local people along the way. Anthropologists have helped the Amazon team along the way with their research, suggesting places and people that might be interesting to encounter, as well how they should be approached and treated. There has always been debate as to whether this kind of programme is good or bad for anthropology, but at least Amazon brings a certain degree of sensitivity and respect to the adventure, and certainly a good deal of particpant observation... Amazon is showing every Monday on BBC2 at 21.00 and there are plenty of extra resources and information on the website - you can watch previous episodes on the iplayer. 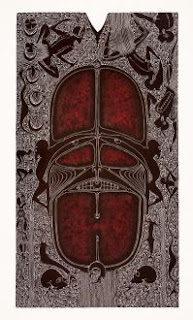 On Sunday I'm visiting an exhibition that has just opened at the Rebecca Hossack Art Gallery in Central London. The artist, Alick Tipoti, is from the Torres Striat Islands (location of some of the first ever anthropological fieldwork by Haddon) and his work reflects the myths and stories of his ancestors. As he says, "When I work late at night carving traditional designs, I can sense the presence of the spirits". For example, traditional methods of wood-carving are transformed using contemporary printing techniques. There are many more of hs works viewable on the website, and you should also have a read about the gallery project, which aims to champion aboriginal art to western audiences. The exhibition is open Monday to Saturday between 10.00 and 18.00 and entrance is FREE.

Today I'll be getting hold of a new book, The Duke oF Puddleduck, which is written by an anthropologist - Nigel Barley - who spent his working life at the British Musuem. Barley was interviewed last week in the newspaper about how he uses his anthropological knowledge (up until 2003 he was an assistant keeper in the Department of Ethnography in the British Museum) as inspiration for his fictional writing. He is one of several who have made the crossover (others are occassionally mentioned on the blog) and interestingly thinks, "Fiction’s more fun. It lets you look inside people’s heads in a way you wouldn’t dare to do if you stuck to anthropology". Whether that's true or not is up for debate, but you may be interested (or bored!) also to have a look at this article about how anthropological writing is often boring! A healthy balance of the two genres is what I would recommend...
Posted by Lucy at Wednesday, September 24, 2008