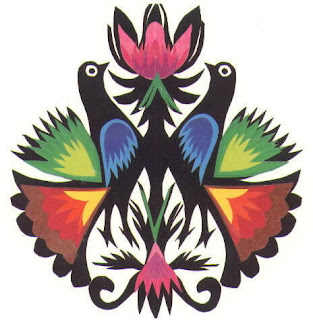 There are only a few more days before the Wycinanki temporary exhibition leaves the Horniman Museum. The exhibition looks at the traditional Polish folk art of cutting paper. This art form is still popular and widely practiced in Kurpie and Lowicz. Artists use their skills in cutting, mounting and layering coloured paper to create intricate designs depicting various elements such as landscape, and culturally symbolic patterns. Admission is free. 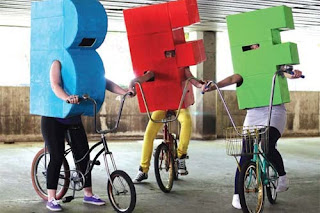 Today I am heading to the Barbican to see two films which are part of this year's Bicycle Film Festival. The festival runs until the 26th September and is a chance for all cycling enthusiasts to get together and enjoy films, talks, experimental performance and everything to do with bicycles. The films tonight include Where are you go: a film about the Tour D'Afrique, the longest bicycle race and expedition in the world; and a shorter film called Made in Queens, about a group of trinketers from Trinidad who create a portable dance party with bicycles. Tickets and showing times can be found here. 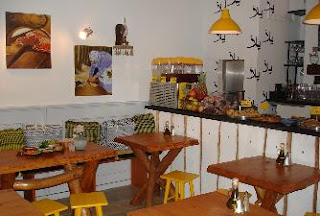 The other day I was wondering down one of the many tiny alleyways in Soho and came across this wonderful small restaurant called Yala Yala which literally translates in Arabic to 'come, come' or 'come on'. The restaurant serves excellent authentic Lebanese food and has an ambiance which inspires you to travel to Lebanon and explore more of the country's culinary delights. I recommend popping in for a bite when you are next in Soho! 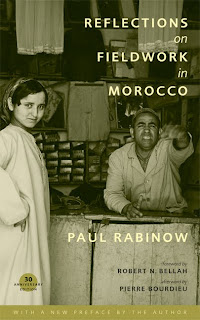 Those of you who are currently doing an undergraduate degree in anthropology degree may have come across Paul Rabinow's ethnography: Reflections on fieldwork in Morocco. Paul Rabinow is currently Professor of Anthropology at University of California (Berkley). His ethnography was published 30 years ago and yet still remains an accessible, interesting book which is pivotal to the discipline. The book cleverly explores the role of the anthropologists, and his informants and the process and relationships involved with undertaking fieldwork. To find out more about his work, take a look at this interview with Dr. Rabinow, filmed by Professor Alan MacFarlane at the University of Cambridge. 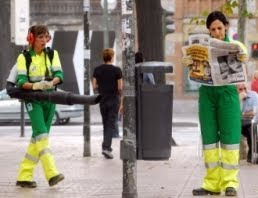 London's Spanish film festival is now in full swing at the Cine Lumiere. In association with the festival, tonight's film entitled 'Una Palabra Tuya' will be held at 7pm at the Shortwave cinema cafe. Directed by Angeles Gonzales Sinde, the film is the story of two friends who after experiencing a series of disappointments have come to suspect that happiness is something they may not deserve in this life. As their lives progress, their paths become entwined, and new directions lead to a hopeful future for one of them and cruel emptiness for the other. Tickets are £3 or £2 concession. 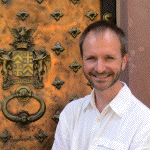 For all of you who are near Brunel, or a student at the university there are some great research seminars taking place this autumn term. The series starts off on Thursday October 1st with anthropologist Nicolas Argenti (Brunel) talking about his research on folktales, fosterage and memories of slavery in the Cameroon Grassfields. The seminars are free and everyone regardless of previous background in anthropology are welcome. The seminar will take place from 1pm-2:30pm in Gaskell Building 239 at the Uxbridge campus. 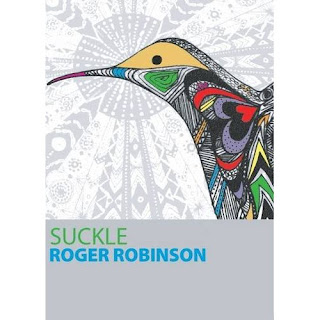 In celebration of Black History Month, Lewisham Council has put together an excellent calendar or events, exhibitions, poetry readings aimed at honoring the culture, history and achievements of black and ethnic minorities in Britain. Tomorrow October 1st at the Lewisham Library, acclaimed writer Roger Robinson will be introducing and reading from his new book 'Suckle' an exploratory book about his childhood experiences in Trinidad and Tobago. The event is free and will take place from 8-9:30pm.
Posted by Lucy at Wednesday, September 23, 2009