I'm posting a special Anthropologist About Town message to let you know about some fantastic Lucy events I'm running in March and to give you a chance to book some free tickets before spaces run out!

Some of you will have noticed on the prevoius blog I mentioned the ESRC Festival of Social Science 2009 which is part of the National Science and Engineering Week (6-15 March). In the ESRC Festival, Lucy is running a special series of FREE anthropology-related events looking at the connections between food, plants and people. These events are all designed to raise awareness of anthropology for the general public, and demonstrate how anthropology is playing a role in topical debates on climate change, food security and biodiversity.

The series kicks off with a free day time event at Royal Botanical Gardens, Kew on the 7th of March and includes hands-on learning activities, displays and films. The second main event will be at the British Museum's Clore Centre and will involve talks, interactive activities, and information boards. These two main events will be followed up by intimate film screening at the Royal Anthropological Institute (9th-11th March) . All events are FREE but you need to book a place by calling 0207 387 0455 or emailing education@therai.org.uk 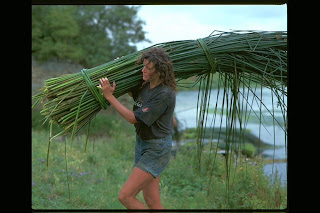 This will be a daytime event where anthropologists and ethnobotanists will demonstrate the (often overlooked) interconnections between the lives of plants and people. Through films, talks, hands-on learning activities and exhibitions, participants will explore how plants affect the lives of individuals around the world, in medecine, food, materials, and rituals. The event will form part of Kew's 250 anniversary, highlighting its Breathing Life Programme, as well as forming part of the International Year of Natural Fibres. Topical concerns such as conservation, climate change, biodiversity and complimentary medecine will be explored through collaborative research being undertaken by Kew and the University of Kent. 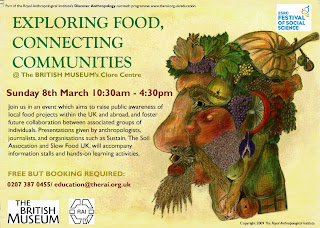 This event aims to raise public awareness of local food projects within th UK and abroad, and foster future collaboration betweeen associated groups of individuals. Presentations given by anthropologists, journalists, and organisations such as Sustain, The Soil Association, and Slow Food UK will accompany information stalls, and hands-on learning activities.

The series of anthropological events related to food, people and plants continues with a series of intimate (max 20 people) evening film screenings upstairs followed in some cases by a Q and A session with the filmmaker/anthropologist at the Royal Anthropological Institute, 50 Fitzroy St, London, W1T-5BT. Free snacks and drinks will be provided. Unfortunately there is no wheelchair access at this time. 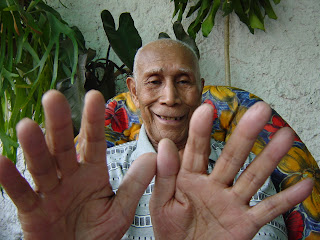 Filmed in the city of Caracas, capital of Venezuela, Uncle Poison is an intimate portrayal of a traditional faith healer, set against the backdrop of his community's Easter celebrations . Every day Benito Reyes receives people at his house looking for all sorts of cures. Through the personal testimony of the healer, this documentary looks at his role as a mediator between the social, natural and spiritual worlds. The producer, Ricardo Leizaola, will join us for a Q &A session after the screening. 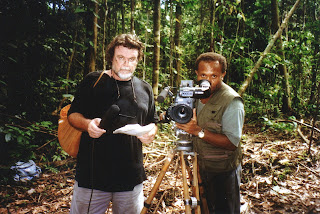 Betelnut is one of the most widely used narcotics in the world. Many families living in coastal areas of Papua New Guinea, where it is grown, have come to depend on betelnut for their livelihood (trading small quantities of the nut up form the coast to sell in thier local markets) as well as feeding their addiction to the drug itself. For many, the betelnut trade is the only source of cash income to pay for basic needs such as food, school fees and medecine. This is a story of one such family -Lukas Kaima and his wife Kopu-as told by their friend and close neighbour, Chris Owen, an Australian expatriate. A Q &A session with Professor Eric Hirsch (Head of Department of Anthropology) at Brunel University will follow the screening.

This film gives us a glimpse into the life of the Landmatters Co-operative, a community of 11 adults and 4 children living in benders and yurts in rural Devon as they develop a permaculture project. Although the group own the 42 acres of land, it was originally bought for agricultural purposes and they do not have planning permision to use it for residential purposes. The film follows the group as they fight for permission to live on the land in order to create a self-reliant way of living that doesn't depend on fossil fuels. 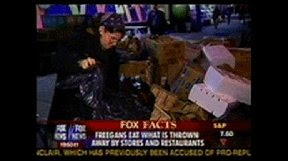 How can a radical activist movement based on limited participation in the capitalist system use the mainstream media to further its goals? This film follows members of the Freegan movement in New York City as they dumster dive, cook feasts with salvaged food and give interview to Oprah-all while managing their own difficult relationship with the media and each other.